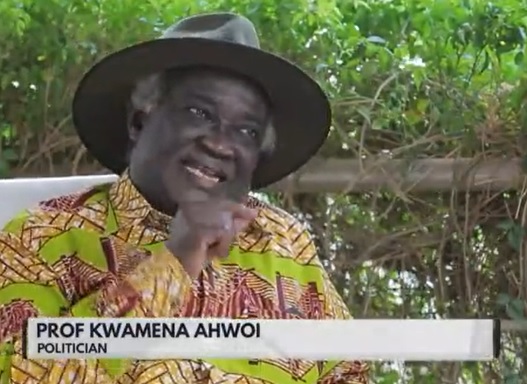 Prof. Kwamena Ahwoi has revealed that late Prof. John Evans Atta Mills once took a decision to resign as President due to harassment from the founder of the National Democratic Congress (NDC) Jerry John Rawlings.

Prof. Ahwoi detailing what transpired on Citi TV's Footprints on August 1, 2020, said he had to convince Atta Mills to rescind the decision.

Rawlings was one of the stern critics of Atta Mills even though both had worked together before.

"Atta Mills called me and said he has vacated his position as President. He said have you heard what Rawlings said about me in Tamale?. He told me to get the audio and listen because he has resigned. I also asked if he thinks this was the best decision. I then called Tsatsu Tsikata and we went to his place, he had already packed his things but we managed to convince him to rescind his decision. He wanted out due to the harassment from Rawlings calling him all sorts of names "Atta Mortuaryman", "Konongo Kaya", he told me clearly he was tired and could no longer tolerate that."

Mr Ahwoi said even though most of the things said by Rawlings came in the form of innuendos, it was clearly targetted at Mills and that accounted for his near resignation as President.

Rawlings recently during the 8th anniversary since the passing of President Mills said he had differences and misgivings over his Presidency.

He took to Twitter today and wrote: “This morning, I visited the resting place of the late President Atta Mills to pay my respects. I had differences and misgivings over his Presidency on matters related to serious cases of corruption and killings in the administration before his…”

The late John Evans Fiifi Atta Mills was Vice-President from 1997 to 2001 under President Jerry Rawlings, and he stood unsuccessfully in the 2000 and 2004 presidential elections as the candidate of the National Democratic Congress (NDC).