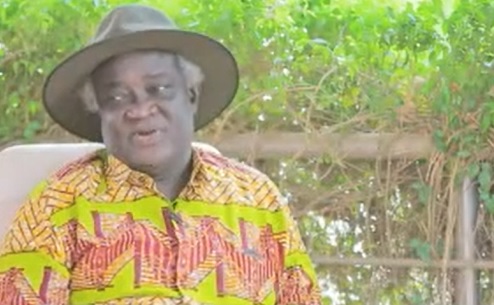 Professor Kwamena Ahwoi a former Minister, during the reign of Jerry John Rawlings as President has detailed how the National Democratic Congress (NDC) was formed.

READ ALSO: Mahama promises to pay depositors whose monies are locked up if voted into power

Prof Ahwoi said reports from some of their subjects convinced them to form the NDC which has now become a force in Ghana's politics.

"When Ghana was returning to democracy in 1992, a group of people wanted to sponsor Jerry John Rawlings to lead a party called the Eagle Party. Their proposal was rejected because of their symbol which had the Eagle in it, they were told to change it because the Eagle was in the Coat of Arms. Those of us with the Provisional National Defence Council (PNDC) which ruled Ghana following the military coup d'état on 31 December 1981 were not sure we could win an election so we sent people outside to ask Ghanaians if we had any goodwill out there and they came back to tell us PNDC was popular and we will win an election if Jerry Rawlings was the leader. So we just had to drop the 'P' which is provisional and use the NDC. I remember those of us who were intellectuals were told to go and find what the NDC would stand for."

The NDC was formed as the ruling party ahead of elections in 1992, in which Rawlings was elected president, and in 1996 Rawlings was re-elected as the NDC candidate. Rawlings' second term ended in 2001. The NDC lost the presidency in the 2000 election, and it was not until the 2008 election, that they regained it with John Atta Mills as its candidate. They established the constitution of 1998.

The NDC party symbol is an umbrella with the head of a dove at the tip. The party colours are red, white, green, and black, and the party slogan or motto is "Unity, stability, and development."

The NDC will be challenging the NPP in the 2020 polls and has elected former President John Dramani Mahama and Prof. Naana Jane Opoku-Agyemmang to battle President Akufo-Addo and Vice President Dr Mahamudu Bawumia