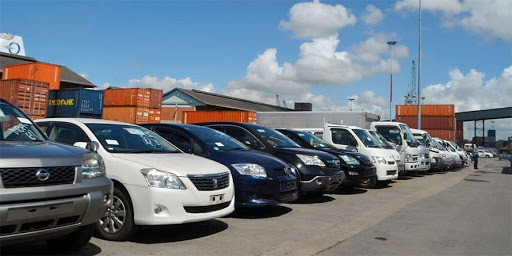 Automobile Dealers Union of Ghana has lauded John Mahama's decision to scrap the law banning the importation of salvage vehicles.

Union said they are very optimistic the flagbearer of the NDC will scrap the law as promised.

Secretary of the Union Clifford Anshong in a radio interview said, "Is a manifesto promise anyway, but we are happy if indeed it happens that he wins definitely he will do what is in the manifesto, even though sometimes not everything in the manifesto is implemented but I think that this particular issue is a very serious one."

"For which we know that he will do that for us. As for voting, it is everyone's discretion but after knowing that your business is collapsing under a certain government and somebody is waiting and asking you that if you give me the nod I will help you sustain your business and you did not vote for the person then I don't know what..."

John Mahama said the party will scrap the law banning the importation of salvage vehicles in the country when voted back into power.

Speaking at the launch of their People's Manifesto, John Mahama said as part of the Private Sector Tax Initiatives for the people of Ghana, "from 2021, MSMEs will be given tax reliefs to support their operations. Within the first three months of 2021, the NDC Government will lay before Parliament several bills that will seek to grant the following tax reliefs to MSMEs.

Small businesses will be exempted entirely from corporate and personal income tax. Corporate income tax for medium size companies will be reduced from the current 25per cent to 15per cent.

Exempt commercial vehicles and other equipment imported into the country for commercial, industrial and agricultural purposes from import duty.

He also stated that the party will review the Customs (Amendment) Act, 2020 (Act 1014) to scrap the law banning the importation of salvaged vehicles. This will save the local automotive industry, especially Suame Magazine, Kokompe and Abossey Okai from collapse encourage vehicle assembling companies to operate as a complement to local industry, reverse the decoupling of VAT (12.5 per cent), NHIL (2.5 per cent), GETFund (2.5 per cent), which has brought untold hardship to Ghanaian businesses and households.