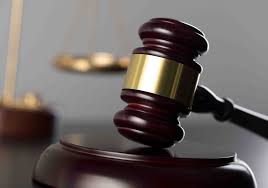 Four (4) children in Sunyani who were brutalized for allegedly stealing a laptop are calling for justice.

Reports indicate that the children were accused by some military men for stealing a laptop last year 2018. The four were marched from their homes to the military barracks beaten with belts and kicked by the officers.

Speaking to Joy FM, one of the boys who could not write this year's Basic Education Certificate Examination, BECE due to ill health narrated his ordeal after the incident saying :

''When the military men beat us, I had a fracture in the bone in my hands. I couldn't write my BECE this year, I can't lift anything heavy either''.

The youngest boy who is 14 years old who also complained of headache and bleeding from the nose he said :

''The military men woke us up at dawn and really beat us. Government started investigating but the case has delayed. I have often bleed from the nose and experience severe headache. We don't have money to go to the hospital for treatment so I don't go to school often. I know nothing about the issue.We want justice to prevail''.

Meanwhile, parents of the boys who are saddened with the situation are calling on the government to intervene. And however unhappy in the delay in concluding the case

Meanwhile, the Commission on Human Right and Administrative Justice, CHRAJ promised the case will be closed by August 2018 but that did not happen.CHRAJ subsequently promised April 2019 but the case has not yet been concluded.