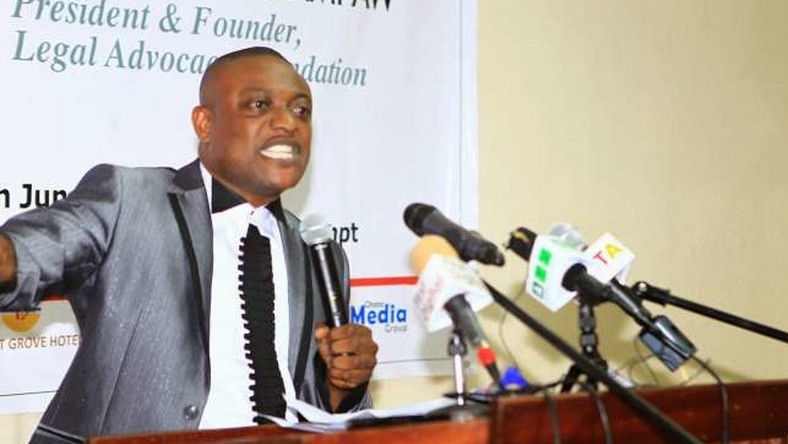 Private legal practitioner, Maurice Ampaw says some lecturers of the Ghana Law school take huge sums of money from politicians and rich students to pass them during examinations.

He was commenting on some possible reasons for the mass failure that rocked the Ghana School of Law that has prompted the General Legal Council to set up a committee to investigate the matter.

In an interview on Angel FM, Maurice Ampaw said lecturers at the Law school take money from politicians and rich students to pass them during exams

“Some of the lecturers are poor so they take millions, from the ministers, MPs and other rich students during the examination period and simply pass them”, he said.

“Ministers, MPs and other top officials who want to become lawyers but would not quit their jobs pay bribes and obtain the pass marks through ways and means since they don’t get the time to attend lectures”.

The lawyer also revealed how prostitution is prevalent at the Ghana School of Law and how the advent of social media is taking a toll on serious academic work in the school.

“The girls have become prostitutes and slay queens, who wear mini skirts and prefer to chat on social media and take selfies while lectures are ongoing because they know they will surely pass even if they do not learn”, he asserted.

The students failed mostly in Family Law, Evidence and Advocacy. Only 64 students successfully passed the exams.