Bernard Mornah, P.L.O. Lumumba, others to speak in Kampala, Uganda 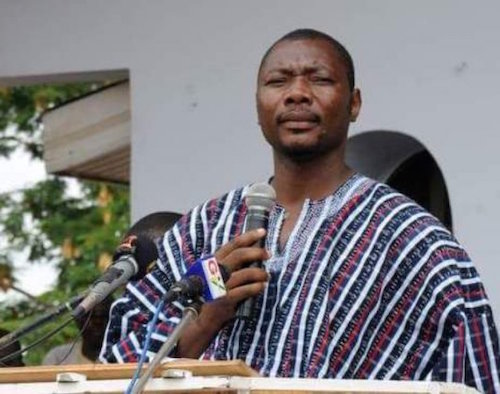 Internationalist and a former National Chairman of the People’s National Convention (PNC), Bernard Mornah will join a panel of high profile dignitaries in Uganda on Friday, March 26, 2021 to discuss matters relating to Constitutional Law, Governance and pressing issues bothering on Africa’s development.

Mr Mornah, who is an avid Pan-Africanist, advocate and Human Rights crusader, is the only Ghanaian and West African among eight esteemed personalities billed to speak at the auspicious event.

The speakers include Professor P.L.O. Lumumba, who is a Professor of Public Law and an advocate of the High Courts of Kenya and Tanganyika; the Deputy Speaker of the Ugandan Parliament, Rt. Hon. Jacob Oualanyah, and a former Prime Minister of Uganda, Rt. Hon. Patrick Amama Mbabazi.

Mr Mornah is a staunch activist and human rights defender who cringes at injustice in all disciplines. He formed and led the Ghana-Togo Solidarity Movement and was arrested by security forces for staging rallies to expose the suffering of the people of Togo under the dynasty of the Ayadema family.

He is an alumnus of several local and international institutions and has held several positions in West African movements and CSOs, including the Youth – Pan Africanist Movement where he played an active role in its formation.

As part of his personal commitment to promote human rights on the continent, he has filed an application against eight countries at the African Court on Human and People’s Right in Arusha, Tanzania over the plight of the people in the Western Sahara.

Prof. Dr George W. Kanyeihamba was appointed a member of the Supreme Court of Uganda in 1997 and retired in November 2009.

Previously, he served as minister of commerce, minister of justice, and attorney-general, all in President Yoweri Museveni's administration.

He is also the Chancellor of both Kampala International University and Kabale University, all in Uganda.

Reacting to the invitation, Mr Mornah described the milestone as “a big honour” and a testament to his unflinching willingness to contribute to shaping policy decisions particularly on matters relating to human rights and justice on the continent.

He expressed profound gratitude to Prof. Dr Kanyeihamba for the recognition and eulogised him for his “continuous bravery, boldness and readiness to stand for justice regardless the political consequences.”

“I feel more than honoured that as a young human rights defender, political activist and pan-Africanist, I would be spotted by my works and be invited to come and discuss the evolution of constructional law and other topics. This is not an honour for only me but many young people who are equally working for the development of our continent,” Mr Mornah said.

Whilst in Uganda, Comrade Mornah would spare time to meet with other progressives and members of the Teaching Arts Institute in Kampala.