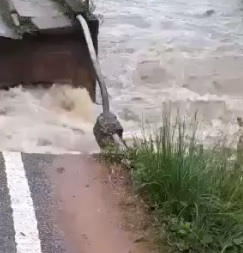 Residents who live in the Twifo Praso section of the Central Region are stranded because a bridge at Jukwa linking Cape Coast to Twifo Praso had caved in.

The incident has affected the road, preventing motorists from crossing.

Reports say the Surowi river which connects Twifo Praso to some adjoining communities had overflowed its bank, forcing the bridge on the main Cape Coast to Twifo Praso road to collapse.

Assemblyman for Jukwa East Electoral area, David Okanta said the rains started around 5pm on Friday, leading to the collapse of the bridge. 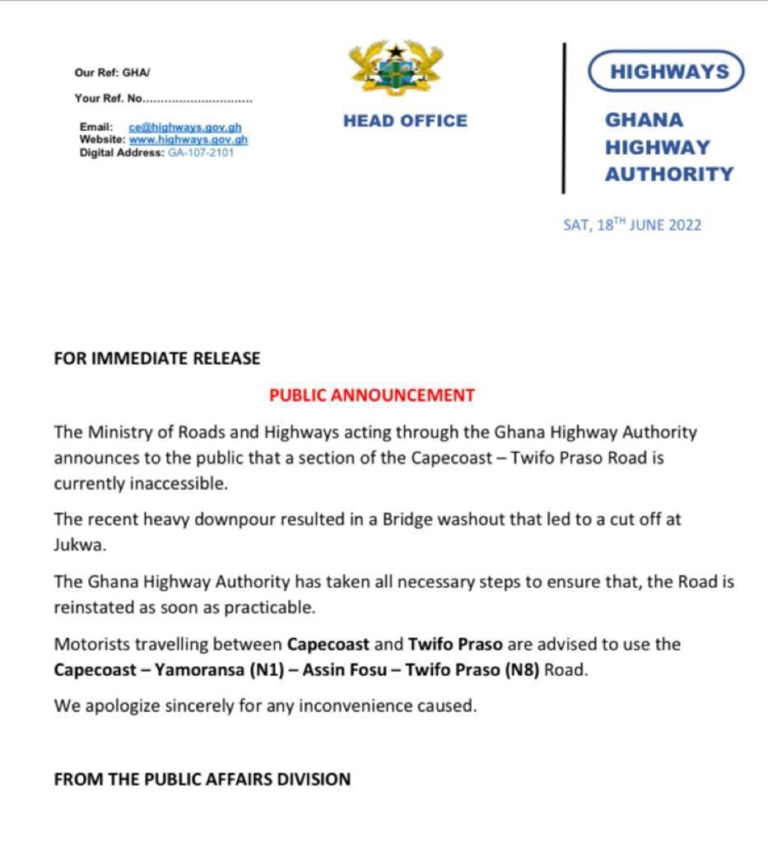 Several houses along the stretch have been destroyed as a result of the rain.

Persons who are commuting to the Kakum National Park from Cape Coast have had difficulty getting there as a result of the bridge, which had caved in.

Officials of the National Disaster Management Organization (NADMO) are in the area trying to ensure the safety of persons in the area while trying to find a solution for persons trying to commute to the other end of the road.

The Ghana Highway Authority has also said it is working to rehabilitate the road.

The Assemblyman said portions of the house of the Denkyira queen-mother have also been destroyed.

No deaths have been recorded, but properties worth thousands of cedis have been destroyed, the Assemblyman added.