C/R: 61-year-old ex-fire officer dies after falling into a manhole 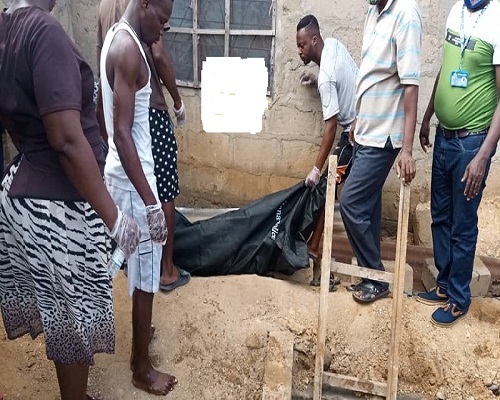 There is some sad news coming from the Central Region as an ex-officer of the Ghana National Fire Service, Patrick Gyamesi has fallen into a manhole and died.

The 61-year-old fell into a 10-feet abandoned manhole at Fetteh Kakabra near Buduburam.

Kwame Agyafo an eyewitness who works at an information centre in the town narrating the incident to Kasapa News said, around 1:00 pm, the family of the deceased came to him to make a public announcement after they’d searched for him and didn’t know his whereabouts.

He said few hours later they were called and informed the centre that the ex-fire officer had been found dead in the abandoned manhole.

His body has since been conveyed to the mortuary by the police.

Benjamin Gyamesi, who is a brother to the deceased has appealed to the Police to release the body to them for burial.

He said the death of his brother comes as a shock to the family they’d hoped he’ll live for a while after several years of service as he retired from the Fire Service just last year.

“We don’t know what really caused his death. He sometimes drinks alcohol and so we’re yet to know if he was drunk at the time he fell into the manhole. His death is really a shock to us.”

This development has triggered Chief of Fetteh Kakraba Nana Essel Amoanquandor III who has advised landlords in the area not to construct manholes when they are not ready to use it in order to prevent premature death.