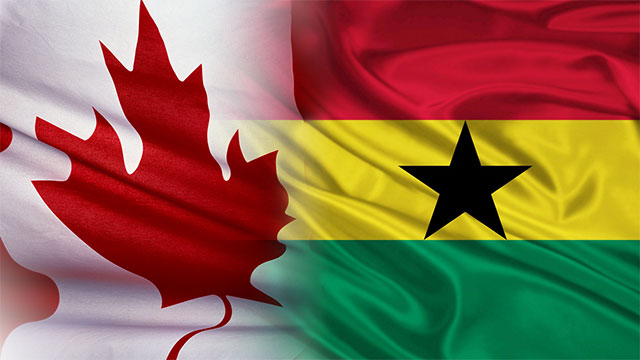 A security analyst Colonel Festus Aboagye (Rtd) has called on the government to respond to the crime alert issued by the Canadian government to its citizens in Ghana.

According to him, the alert if not dealt with appropriately will negatively affect the image of the country internationally.

Speaking to Citi FM, Colonel Festus Aboagye (Rtd) said, " As a country our authorities need to and this could be done by the police or the Ministry of information, they need to put out messages that are assuring to both citizens and to our friends within and outside the country, and there have to be a visible police effort as I believe is already underway to try and find these ladies safe and alive but if found and they are already dead of course the damage will even be more severe so we need concrete action on the part of the security forces and then we need also public information aspect.."

Canada issues crime alert to its citizens in Ghana

Canada has issued an alert to its citizens in Ghana to step up their security following the kidnapping of two of its nationals in the Ashanti regional capital, Kumasi.

Uber driver arrested by Police over the kidnapping of two Canadians

The Ashanti regional police command has arrested an Uber driver in connection with the kidnapping of two Canadian women in Kumasi.

The Uber driver who picked the two Canadian citizens before the alleged kidnapping will help the police with investigations.

Reports also revealed that the case has been transferred to the national police headquarters in Accra.

Police in the Ashanti Region has begun search for some unknown number of men who allegedly have kidnapped two Canadian women.

The incident is said to have occurred on Tuesday, June 4, 2019, at Ahodwo, a suburb of Kumasi.

Reports reveal the two women were forced into a vehicle at about 8:20 pm just when they had stepped out of their apartment at Silver Spring in Kumasi.

Reports indicate that one of the victims, identified only as Lauren, is in Ghana with her other colleague on an exchange programme with the Entrepreneurship Department of the Kumasi Technical University (KsTU).

Other media sources say the Canadian Embassy is collaborating with the Ghanaian police to locate the victims. Recently a 30-year-old Indian man was also kidnapped in Kumasi by gun-wielding men.

The kidnappers demanded a $500,000 ransom after sending photos of the victim to his family with a gun pointed to his head.

Before Umpakan’s abduction, police had foiled a kidnap-for-ransom incident involving a diplomat.

Sixty-one-year-old Nabil Makram Basbous, the Consular-General and Head of Mission of Estonia to Ghana was also kidnapped during his regular morning walk in his neighbourhood in Accra.

Basbous was abducted by three gunmen suspected to be Nigerians. The ambassador was held hostage in an unknown location until he was rescued by the Police.