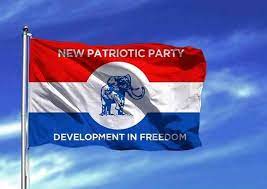 The Central Regional chapter of the New Patriotic Party (NPP) is saddened by the news of the death of its Communications Officer, Robert Amissah.

The Regional Communications Officer is said to have died at the Biriwa Polyclinic in the early hours of Saturday, April 23, 2022, where he was receiving treatment.

“The late Mr Amissah was indeed a very loyal and committed member of the New Patriotic Party and really served the party.”

“The passing on of Mr Robert Amissah has created a huge vacuum in the Regional Party and its Communications Team.”

The party further sympathised with the family of the deceased.

“The Regional Party expresses its deepest condolences to the entire bereaved family, the wife and the kids.”

In honour of the memory of Mr. Robert Amissah, the NPP Central Regional chapter has directed that all party flags in the region fly at half-mast.

“All party and campaign activities of all aspiring Constituency Officers must also be suspended for two days, from today, Saturday, 23 April 2022 to Sunday, 24th April 2022,” the NPP leadership in the region further directed.