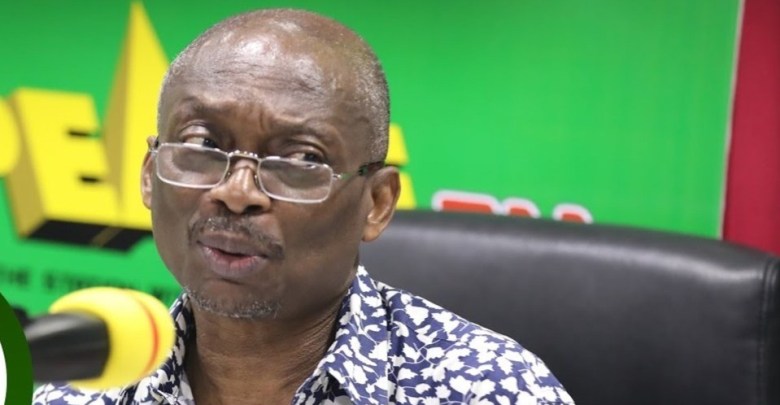 Editor-in-Chief of the New Crusading Guide newspaper Abdul Malik Kweku Baako says chiefs who are endorsing some politicians are behaving like kindergarten kids.

His comments come after some traditional leaders have been heard endorsing President Akufo-Addo and former President John Mahama who are both touring various regions in the country.

Kweku Baako speaking on Peace FM's Kokrooko on Wednesday said their actions were very wrong and they need to halt it.

"The chiefs have started with their politics again; endorsement here endorsement there. What’s wrong with our chiefs? Don’t they know that the constitution bars them from engaging in active partisan politics? It is so wrong. They should get some wisdom to bear on their chieftaincy. You can’t do active politics; if you endorse a presidential candidate; whether sitting or a former president or a parliamentarian or whatever openly in the public space, it’s wrong...its unconstitutional, unwise; it doesn’t matter your status; the higher your status should even make you abide by the constitution,"

He also said it is time they stop "behaving like Kindergarten Kids" and acquire some level of wisdom to govern their community.

"Let’s be bold and tell our chiefs that they are wrong; they are all over the place. What kind of nonsense is this? They should stop it. The chiefs can appreciate developmental projects brought to their communities, but to proceed to endorse and declare electoral support is wrong. Even though the chiefs are educated they are behaving like kindergarten kids"

Political Science Lecturer of the University of Ghana, Professor Ransford Gyampo also said traditional authorities who endorse such candidates lose their relevance with the exit of their preferred political party from power.

“What may not be easily known to many of the chiefs who flout the constitutional injunction is, they commit political suicide by eroding their own respect, role as agents of unity, lose their role as countervailing forces and credible mediators in political impasse and conflict.

“They also lose their convening powers to summon their citizens for communal work, lose their role as agents of growth and development, as no government will work with chiefs who are known as political opponents because the recent increased open participation of chiefs in partisan politics, in gross disregard of the constitutional injunction that bars them from doing so, is worrying,” he indicated.

Article 276 of the 1992 constitution bars traditional leaders from engaging in active partisan politics.