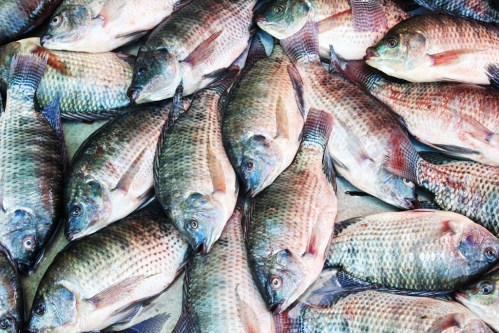 The Chinese fish farm at the centre of the mass fish killings at Asutsuare, Fujian Farms, has indefinitely suspended its operations.

This is in compliance with an order from the Ministry of Fisheries and Aquaculture.


Last Friday, some 40 tonnes of unwholesome tilapia were destroyed by the Fisheries Commission at Asutsuare in the Shai Osudoku District of the Greater Accra Region.

Managers of the farm have denied claims that the tilapia were imported from China, saying they were bred locally. They thus suspect food poisoning.

President of the Ghana Aquaculture Association, Jennifer Sodji, in an interview with Citi News, said Ghanaians should not panic over the matter.

…We realized that the fishes were dying and then we alerted the fisheries commission. Environmental Protection Agency (EPA )also moved in there to investigate the fish at the farm. The general public is not supposed to be worried about it because as we speak a section of that farm has been closed down,” she added.

Some fishmongers were later found to be transporting the dead fish to be used as salted fish, locally known as ‘koobi’ for sale to the unsuspecting public.

In a statement, NADMO said it has intensified its observation mechanisms in the affected and surrounding communities to ensure that the situation is brought under control.

“Based on rapid assessment report submitted by our team in the Lower Manya Krobo Municipality which supervised the burial process closer to the Fujien Farms at Asutuare in the Greater Accra Region, Eastern Regional Secretariat of the National Disaster Management Organisation (NADMO) in collaboration with Ghana Police Service have mounted a barrier at Akuse in the Lower Manya Krobo Municipality which shares boundary with Asutsuare to provide 24 hours surveillance,” he said.

The Ministry of Fisheries and Aquaculture Development has assured the public that it is safe to buy tilapia from the market.

Chief Director of the Ministry, Prof. Francis Nunoo, said enough measures have already been put in place to ensure that the Ministry is aware of the circumstances that led to the situation.