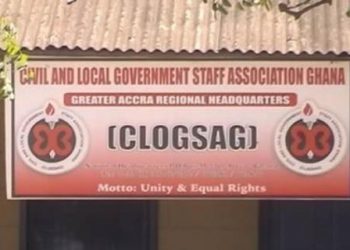 Members of the Civil and Local Government Staff Association of Ghana (CLOGSAG) will today May 16 return to work after they called off their nationwide strike last week.

Government institutions like the Registrar General's Department and District Assemblies will today have officers at post to serve the public.

Executive Secretary for CLOGSAG Mr Isaac Bampoe Addo last week said Finance Ministry has on May 11 directed the Controller and Accountant general department to effect payment of their neutrality allowance, hence, the decision to call off the strike.

“At its meeting held on Thursday 12th May 2022, the National Executive Council of the Civil and Local Government Staff Association of Ghana (CLOGSAG) decided to call off the nationwide strike by its members. The rationale to step down the industrial action was based on the fact that the demand from the Ministry of Finance to direct the Controller and Accounts General to effect payment of the agreed allowance has been met on 11th May 2022.”

He said all members of the association are expected to resume work on Monday, May 16, 2022.

“The strike has been called off, all CLOGSAG members are to report back to work by May 16, 2022.”