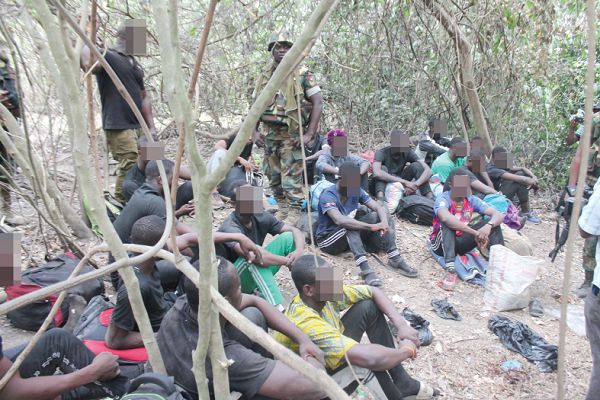 Some twenty persons who were arrested on suspicion of being linked to the separatist Homeland Study Group Foundation (HSGF) have been discharged by an Accra Circuit Court.

Twenty-one persons were arrested from a secret training camp at Kpevedui, near Dzodze in the Ketu North Municipality in the Volta Region on February 17, 2020.

State prosecutor Chief Inspector Simon Apiosornu told the court presided over by Mrs Ellen Ofori Ayeh that the 20 accused persons were deceived into believing that they were being trained into the Ghana Armed Forces and hence prayed for them to be discharged.

The court subsequently discharged them.

They were busted in a dawn raid on the training camp in a valley, buried deep in a thick forest at Feivu, near Kpevedui, where they had allegedly been taken through military training for one week.

Until the arrest, members of the group, who were mostly in their early 20s, were said to be undergoing military drills and physical training.

They were airlifted to Accra and placed in the custody of the Bureau of National Investigations (BNI) for further interrogations.

Initial intelligence the regiment gathered was that there were 25 recruits undergoing the training, but some managed to escape.