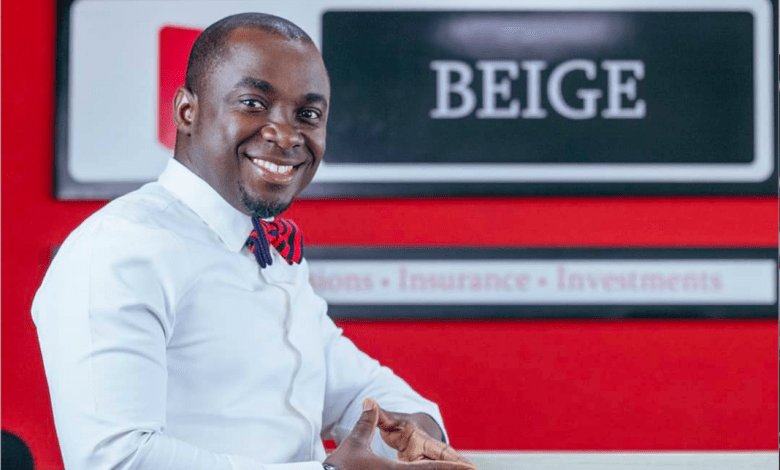 The founder and CEO of now-defunct BEIGE Bank, Michael Nyinaku has been granted bail in the sum of GHC200 million with three sureties, two of which must be justified.

Nyinaku has been charged by the Attorney General, Godfred Yeboah Dame, with 44 counts of stealing, fraudulent breach of trust and money laundering.

In court today, Tuesday, November 8, Nyinaku’s 44 counts were read to him by the court clerk to which he pleaded not guilty.

Deputy Attorney General, Alfred Tuah-Yeboah, who represented the state in court, read the brief facts to the hearing of the Court.

As part of the bail conditions, the accused person was ordered by the High Court judge, Justice Afia Serwaa Asare Botwe, to deposit his passport with the register of the high court.

Additionally, the properties to be used to justify his bail must be worth the amount of the bail bond (GHC 200 million).

The accused person was also ordered to present himself to the police every Monday and Friday till the final determination of the case.

The court also ordered the prosecution (the Attorney General’s Department) to ensure that they complete all disclosures by 9 December 2022.

The court will subsequently reconstitute on December 22, 2022 for case management conference (CMC).

The charge sheet and the brief facts of the case was filed at the registry of the criminal High Court on Wednesday, November 2, 2022. It was signed by the director of public prosecution, Yvonne Atakora Obuobisa.

In all, over 2.1 billion Ghana cedis according to the charge sheet, is said to have either been stolen, laundered and lost through the offence of fraudulent breach of trust by the accused person, Michael Nyinaku.

Facts of the case

The facts of the case as filed by Attorney General’s department are that “the accused person was the Chief Executive Officer of “The Beige Bank Limited” (Beige Bank).

“On 1st August 2018, the Bank of Ghana (BoG) revoked the banking licence of Beige Bank and placed the Bank in receivership. A review of the financial and other records of the Bank conducted by the Receiver and his team identified a number of suspicious and unusual transactions which were subsequently reported to the law enforcement agencies for investigations.

“Investigations revealed that between 2015 and 2O18, the accused person as CEO of the bank used various means to transfer huge sums of money to companies related to him and for his personal benefit.

“The funds transferred were depositors’ funds lodged with Beige Bank. Between 2017 and 2018, the accused person caused the transfer of 10,071 fixed deposit accounts held with Beige Bank in which various customers placed a total of GH¢448,636,210.21 to Beige Capital Asset Management Limited (BCAM), without the knowledge and consent of these customers”.

“Investigations also revealed that the accused person, between the year 2017 and 2018, caused the transfer of 35 fixed deposit investments of 2 customers of Beige Bank, totalling GH¢ 141,042,348.92 to the Beige Group, a company wholly owned by the accused and is the majority shareholder of Beige Bank.

“Investigations further revealed that, sometime in March 2018, the accused person caused a fictitious second account to be opened in the name of First Africa Savings and Loans (FASL), an existing account holder with Beige Bank, without the knowledge of the Board and management of FASL.

“The accused person then caused the transfer of the sum of GH¢ 20 million from the accounts of various Beige Bank customers into the bank account of BCAM held with Beige Bank.

“The GH¢320 million was subsequently transferred from the BCAM account held with Beige Bank into the fictitious FASL account that had been opened in Beige Bank’s books on the instructions of the accused.

“Again, between 2015 and 2017, the accused person, through the use of payment vouchers, caused the sum of GH¢1,465,000.00 of depositors’ funds lodged with Beige Bank to be paid to himself and other persons.

“These transactions were recorded in a general ledger account of the bank descried as Directors Account. Investigations also revealed that the accused person, through the use of Payment vouchers, e-mails and memos, caused a total amount of GH¢20,599,052.58 of depositors” funds lodged with Beige Bank to be transferred to a number of companies and individuals for his benefit.

“These transactions were recorded in a general ledger account of the bank described as Shareholders Account. Additionally, between 2Ol6 and 2017, the accused person, through the use of payment vouchers, caused a total amount of GH¢141,742,087.70 of depositors’ funds lodged with Beige Bank to be transferred to a number of companies and individuals for his benefit.

“These transactions were recorded in a general ledger account of the bank described as Prepayment: Project Works Account. Between 2017 and 2018 the accused person, through the use of Payment vouchers, e-mails and memos, further caused the sum of GH¢118,076,813.09 of depositors funds lodged with Beige Bank to be transferred to a number of companies and individuals for his benefit.

“These transactions were also recorded in a general ledger account of the bank described as the Beige Group Account. Investigations have established that the money dishonestly appropriated by the accused from Beige Bank remained unpaid as at 1st August 2018 when the Bank’s licence was revoked by Bank of Ghana”.