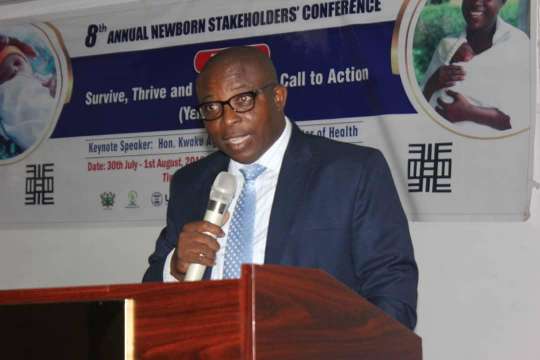 The Deputy Health Minister, Alexander Kodwo Abban says government will investigate claims that some persons in mandatory quarantine have escaped.

Government's intended investigation follows claims by IMANI President, Franklin Cudjoe who wrote a piece indicating that he has gotten intelligence suggesting that some persons on mandatory quarantine have escaped.

The mandatory quarantine follows a directive from the President in his nationwide broadcast on Saturday, March 20, 2020, that all travellers arriving in Ghana from tonight, March 21, 2020, regardless of nationality.

These persons were to engage in a mandatory self-quarantine for 14 days.

Speaking on radio, Deputy Health Minister, Alexander Kodwo Abban stated that the Health Ministry is not aware of the situation and that the Ministry will probe into the matter

''Infact, it has not come to us in the Ministry at all that anybody has escaped. Of course, it calls for concern so we will have to take the necessary steps to ascertain the veracity or otherwise and then if it's true we will look at whose negligence, recklessness or whether the person indeed run away regardless of every reasonable step taken to keep him at the place. So we are not just going to look at this and let it fly off, we will look into it''.

As at Wednesday, March 25, 2020, a total of 38 of those mandatorily quarantined were confirmed to have the virus.

The death toll, however, remains 3 as the Ghana Health Service confirmed in an update.

As at March 27 2020, a total of fifty-seven (57) cases including three (3) deaths have been confirmed from the regular surveillance systems.