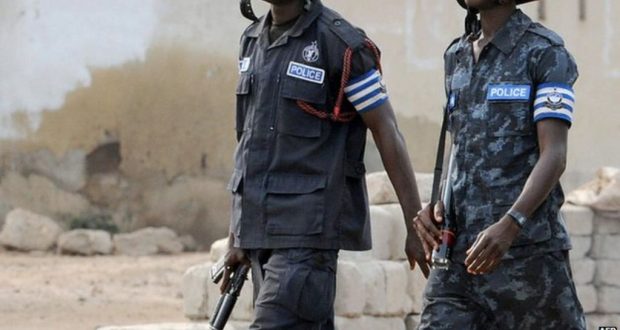 The Ghana Police Service has arrested Trudy Boatemaa Dako, driver of a Hyundai santafe with registration no. GE 2309-18 today, 17th April 2020 for running over the foot of a Police Inspector who was performing duty at East Legon Under Bridge, Accra.

The suspect was signalled to stop on reaching the COVID-19 snap check at under the bridge at East Legon, but she failed to stop and instead, run over the foot of one the officers.

When approached by another officer, the suspect used abusive words on the officer and all the other security personnel on duty at the checkpoint and threatened to deal with them.

The Police Inspector who was unable to walk by himself has since been taken to the hospital for treatment.

The suspect, Trudy Boatemaa Dako has been charged under the road traffic laws to be arraigned before court on Monday.

A commercial bus driver in February also ran over a police officer with the Madina MTTD on the Madina-Spintex road.

The driver sped off after the police officer has issued a directive for him to stop.

Eyewitness Lawrence Asante explained that there was a misunderstanding between the police and the driver, the driver was ordered to stop but refused.

He said after the action, the police chased the driver and upon catching up with him, one police officer tried to enter the car but the driver sped off in the process.