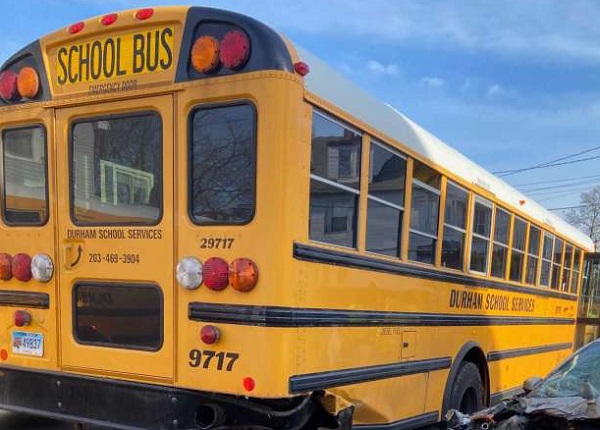 A school bus has run over a 4-year old girl at Sawaba in Kumasi, Ashanti Region.

Reports say the school bus with registration number AS 6088 C was supposed to pick up school children to the Happy Kids School which is also in Sawaba.

One of the children a 4-year old girl called Ishatu went behind the vehicle when the driver had parked, the driver not knowing tried to park well and unfortunately ran over the girl.

The girl's head was caught under the vehicle and it took onlookers to draw the attention of the driver to what had happened.

READ ALSO:Â Police on manhunt for 'Trotro' driver who ran over officer

The body of the girl is with the family as they want to get it ready for burial per Muslim customs but the police say they want to do an autopsy before they give the body to the family.

The family is not happy with the police processes as they want quick burial to avoid the cost of keeping the body at a mortuary.

The driver has been arrested and sent to the Aboabo Police Station. The father and mother of the girl say she was their third child and this is a great loss.

Residents of the area are in a state of shock as they say this is a black Wednesday.

The vehicle is still at the location as the police have begun investigations into the matter.