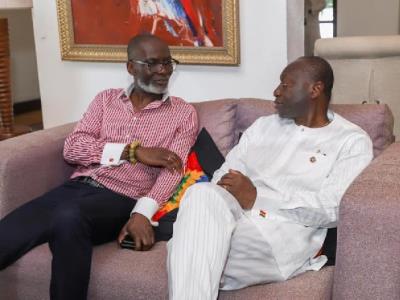 Chairman of the Civil Society Platform on Oil and Gas, Dr Steve Manteaw has called for the abrogation of the controversial Agyapa deal.

According to him, the deal is completely defective and beyond repairs.

At a news conference, Dr Manteaw said the deal has never been in the interest of Ghanaians and was never transparent.

He has therefore called for it to be abrogated even though President Akufo-Addo has directed the Finance Minister to send the deal back to parliament for further deliberation.

The CSO rejected the deal when it was first introduced on the floor of parliament.

Ghana’s legislature approved the controversial agreement on Friday, August 14 despite a protest from the Minority.

A group of CSOs led by Dr Manteaw noted that the government of Ghana and Parliament rushed in approving the agreement.

The deal was halted and subsequently referred to the Special Prosecutor's office for probing.

He has concluded investigations into the deal and handed out his findings to President Akufo-Addo who directed the deal goes back to Parliament for further scrutiny.

Meanwhile, the NDC says the party is ready to stage a protest over the controversial Agyapa deal.

The NDC has given the Akufo-Addo-led government the option to take appropriate steps in retrieving monies paid to some persons involved in the Agyapa deal or risk the wrath of the party through a series of protests and legal actions.

Sammy Gyamfi has alleged that Data Bank and Imara Holdings have been paid some monies as transaction advisors for the deal.