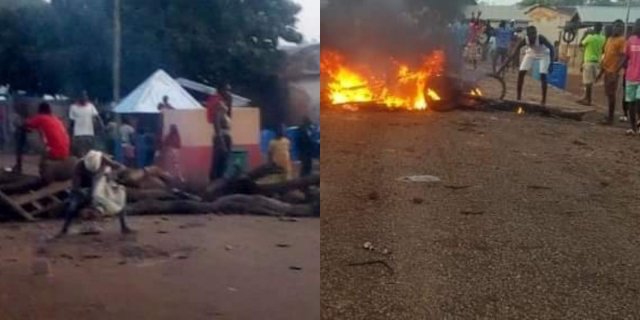 The Municipal Security Council,MUNSEC in the North East Region has ordered the deployment of more security officers to Bimbilla to increase security and protect the legally recognized regent (chief).

It follows renewed chieftaincy clashes in which three people have been left injured.

The incident occurred after the police decided to prevent the Nakpa Naa family from celebrating the festival at his palace in defiance of a court order.

The Municipal Security Council convened an emergency meeting today over the clashes that occurred at Bimbilla yesterday.

Speaking to Starr FM, the MCE of the area, Abdulai Yaqoub said has MUNSEC also resolved that the celebration of the Damba festival should continue as planned.

''The meeting has ended and the decision of MUNSEC is to give security presence to the legally recognized regent who the court ruled in favour of. More personnels have been ordered to the area to ensure peace and security. Yesterday, security went there to enforce the decision of the court and that led to some casualties, 3 got wounded. In order to make sure that the festival comes on peacefully MUNSEC says protection must be given to the legally recognized regent to celebrate the Damba festival whilst we wait for the Regional Security Council''.

Meanwhile, a security analyst Adib Sani commenting on the development said measures should be put in place to ensure that no trouble is fermented during the celebration

'Every year during the Damba festival tensions rise so I expected that they put certain strategies in place. Am thinking that because the court has given its ruling and we know who the legitimate heir to the throne is, we were perhaps pushed to believe that nobody will cause any trouble forgetting that there are certain sentiments. Am hoping that the right measures will be put in place so that anyone who wants to cause any trouble will know that there is maximum security''.

He also lauded MUNSEC's decision of giving the legally recognized chief protection during the festivities.

At least three people have sustained gunshot wounds in Bimbilla in the North East Region following clashes between a section of Damba celebrants in the community and some security personnel.

A joint police-military force invaded the community and allegedly attacked the celebrants while they were performing the Damba rites.

The personnel reportedly prevented the Nakpa Naa family from celebrating the festival at his palace.

This prompted the Nakpa family to start burning tyres as part of a confrontation between the family and the security which eventually led to the shooting.