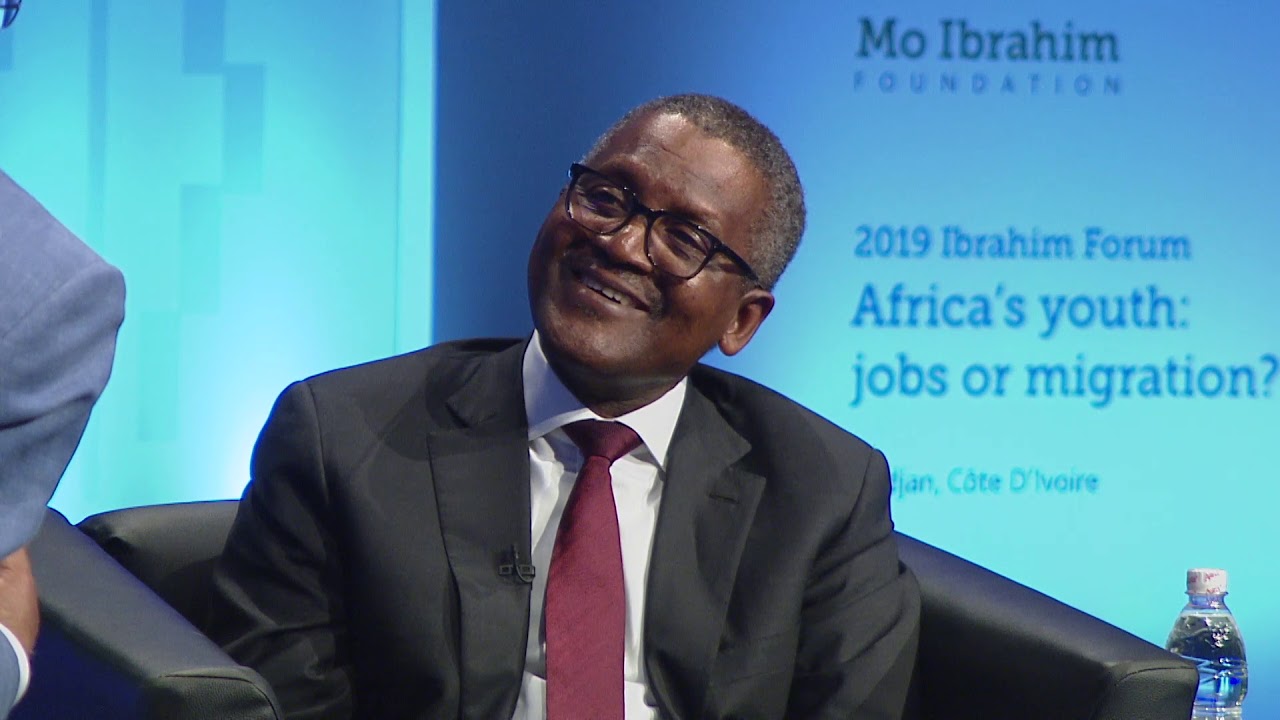 Nigeriaâ€™s billionaire businessman and President/CEO of Dangote Group, Aliko Dangote, has topped Forbes Africaâ€™s Billionaires list for 2020 for the ninth time in a row.

The list according to Forbes captures only eight countries who have billionaires; Egypt and South Africa are tied with five billionaires each, followed by Nigeria with four and Morocco with two.

Maintaining the number one spot with a net worth of $10.1 billion, 62-year-old Dangote, an industrialist with investments in cement, oil and gas, flour and sugar surpassed Egyptian billionaire, Nassef Sawiris whose net worth stands at $8 billion.

Mr Sawirisâ€™ most valuable assets are in Orascom Construction Industries (OCI) one of the worldâ€™s largest nitrogen fertilizer producers, with plants in Texas and Iowa.

READ ALSO: Video: I did not inherit my wealth - Dangote

He also has stakes in cement giant, Lafarge Holcim and Adidas, where he sits on the supervisory board.

Also tied at number three spot with Adenuga is South Africaâ€™s Nicky Oppenheimer and his family with a net worth of $7.7 billion.

Oppenheimer, heir to his familyâ€™s fortune occupies a controlling spot in the worldâ€™s diamond trade and owns at least 720 square miles of conservation land across South Africa, Botswana and Zimbabwe.

Mr Rupert, another South African billionaire has a net worth of $6.5 billion.

READ ALSO:Â VIDEO: I once withdrew $10m from a bank just to be sure I am rich- Dangote

The company is best known for its brands, Cartier and Montblanc.

Other Africa billionaires include:

Issad Rebrab and family with a net worth of $4.4 billion â€“ Algeria

Mohamed Mansour with a net worth of $3.3 billion â€“ Egypt

Abdulsamad Rabiu, a Nigerian with a net worth of $3.1 billion

Naguib Sawiris joins his brother, Nassef, in the top 10 wealthiest Africans with a net worth of $3 billion.

On number 10 spot is Patrice Motsepe from South Africa, with a net worth of $2.6 billion.

Capping the list at number 20 spot is Nigeriaâ€™s richest woman, Folorunsho Alakija who has a net worth o $1 billion.