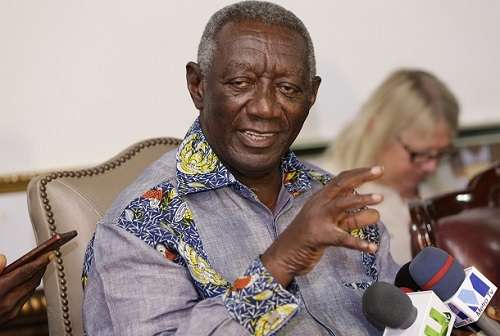 Former President John Agyekum Kufuor has called on authorities to clamp down on persons who advertise 'get rick quickly messages' on television and radio.

His comments follow the recent murder of a 10-year-old boy by two of his friends at Coca-Cola near the Great Lamptey Mills School, a suburb of Kasoa in the Central Region, all in the name of making quick money.

He indicated that the two suspects, alleged minors, who are aged 16 and 17, were victims of people who have been paying attention to fraudulent TV personalities.

â€œThe institutions should cut out anything that defrauds society, leadership and media should come up and tackle all these people hijacking the airwaves and tricking people, they should be eradicated even more than some diseases," he said in an interview on Joy Prime.

The Police have revealed that the two teenage killers in the Kasoa murder incident are ardent followers of television programmes where spiritualist advertise themselves.