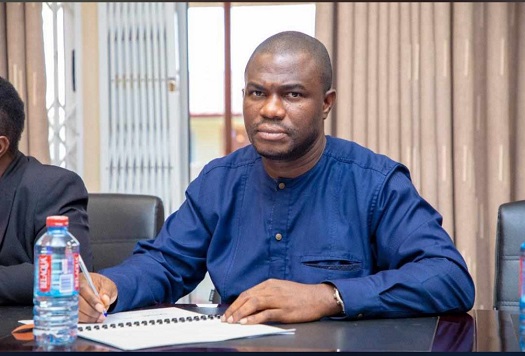 Dr. Eric Nkansah is expected to indicate his acceptance for the role within 14 days.

A letter from the Presidency, signed by the Secretary to the President, Nana Bediatuo Asante said “I take this opportunity to congratulate you formally on your appointment. Kindly indicate your acceptance or otherwise of this appointment within 14 days of receipt of this letter, ”

He takes over from Prof. Opoku-Amankwa who was relieved of his position in a letter dated Monday, October 17, 2022.

Having been appointed in April 2017, specific reference was made to his secondment in January 2021 from the Kwame Nkrumah University of Science and Technology (KNUST).

The contract was extended again in June 2021, but this extension according to the letter from the Presidency was in “contravention of the Human Resource Policy Frame and Manual of the Public Services Commission, as it purports to extend your secondment beyond the 3-year maximum limit.” 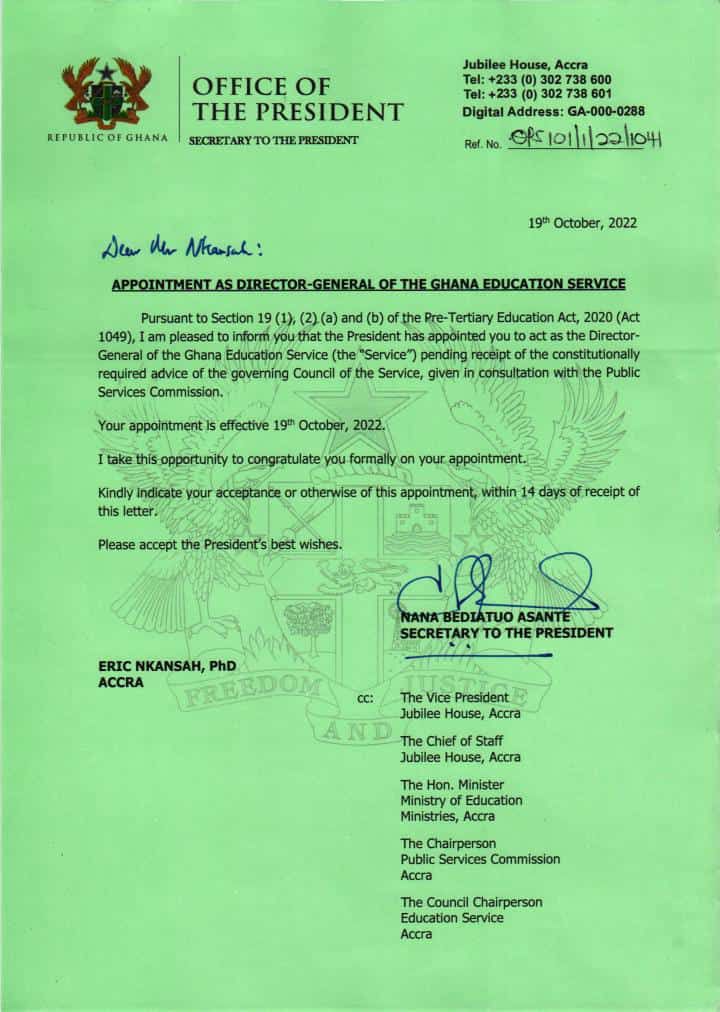