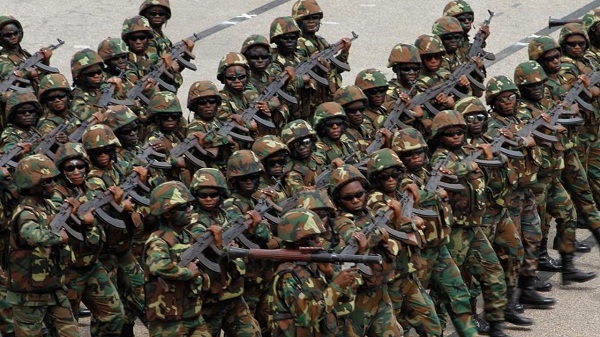 Their call comes after the government deployed a heavy security presence at the Ghana-Togo border over fears of foreigners moving to the Volta Region to participate in the upcoming voter registration exercise.

The security contingent which includes the military and officials of the Ghana Immigration Service have been deployed into some communities along the Ghana-Togo boarder such as Wudoaba, Korpeyia and Anoenu since Monday, June 22, 2020.

STANEK have praised the government for this move but says this should be extended to all borders like Ghana and Ivory Coast border, Ghana and Burkina Faso border among others.

The Minority in Parliament has however expressed disagreement on the rationale behind the deployment of more military personnel to the Volta and Oti regions.

Residents in the Ketu South Municipality of the Volta region had expressed concern over the rise in the number of security personnel amid allegations of abuse, a situation which some said was causing fear among them.

This has even seen Member of Parliament for North Tongu, Samuel Okudzeto Ablakwa, stated that together with his colleagues from the Volta caucus, they will throng the Ketu South municipality.

The action, he says is to “stand in solidarity with the oppressed and we stand in readiness to confront & defeat bigotry.”

There has been wild allegations of foreigners trooping into Ghana to register as voters in order to participate in the general elections of the country over the years.

STRANEK-Africa has taken note of what the Honourable member of Parliament of Ghana for Adansi-Asokwa, Hon. Kobina Tahir Hammond has indicated on the reason behind the heavy security deployment at the Ghana and Togo border. He authored that, in the previous years, citizens of Togo move to Ketu South and register to vote in Ghana's elections and so by the presence of the military, there will be sanity.

This we opine, will ensure that the voter's register is not infiltrated with foreigners hence there will be no participation of foreigners in the voting exercise come December 7, 2020.

We are all involved in building our motherland Ghana.