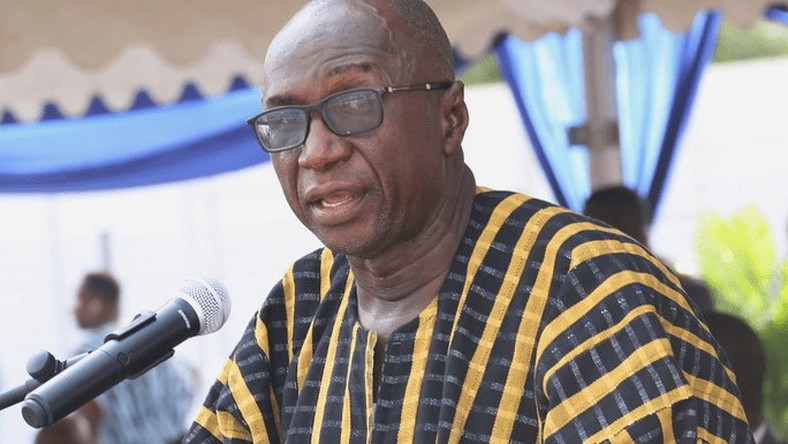 Interior Minister Ambrose Dery has explained that panic buying before the commencement of the partial lockdown is totally unnecessary.

According to him, there is no need for panic buying because markets, banks and filling stations will still be opened during the period.

President Akufo-Addo on Friday announced a partial lockdown in Accra, Tema, Kasoa and Kumasi to prevent the spread of the Covid-19.

The restrictions in these areas will take effect from Monday, March 30 and last for two weeks but subject to review.

After the announcement Ghanaians in the affected areas are rushing to the various markets and gas stations to buy things and fill their cylinders in preparations for the lockdown.

Shelves are empty in the shops and long queues at the gas filling stations.

But reacting to the development after his security observation in a media interview, Ambrose Dery said there is no need as measures are in place and the various markets and gas filling stations will still be operational during the period.

" That you can go to the market and buy food, wherever food is sold will be opened so the rush before the deadline is totally unnecessary and a misunderstanding. The second thing I saw as a security observation is that some banks that normally open on Saturdays are closed but banks are also exempted."Â

"The other observation is that filling stations and gas stations are crowded, first of all, they will also remain opened and it's a dangerous thing to go with that crowd because it could cause a fire outbreak.."

Akufo-Addo announces restrictions in certain parts of Accra and Kumasi

President Akufo-Addo has announced restrictions in certain parts of Greater Accra and the Ashanti Region.

The President in a late-night address to the nation on March 27 said the restriction will last for two weeks.

The action is backed by the recently passed Restrictions Act.

Effective 1am on Monday, I have imposed restrictions on the movement of persons in the Greater Accra Metropolitan area and Kumasi area for two weeksâ€

According to the President, this will help scale up steps to prevent the spread of the pandemic.