Final State of the Nation Address by Mahama has been cancelled 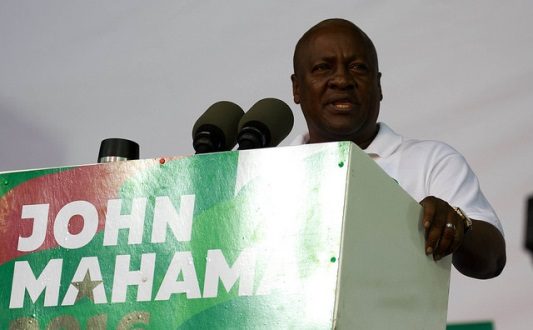 The last State of the Nation Address to be delivered by  President John Dramani Mahama on Thursday before leaving office has been cancelled.

According to 3News, reasons for the cancellation are not readily known, but primenewsghana sources suggest January 5 will be the new date for the last address by a head of State to the Sixth Parliament which gets dissolved midnight January 6.

The delivery of the address is in accordance with Article 67 the Constitution which states: “The President shall, at the beginning of each session of Parliament and before a dissolution of Parliament, deliver a message on the state of the nation”.

Parliament will today resume sitting to round up its activities before members rise for the Christmas break ahead of the dissolution.

Already, Parliament has started registering all the newly elected members of parliament for the Seventh Parliament of the Fourth Republic.