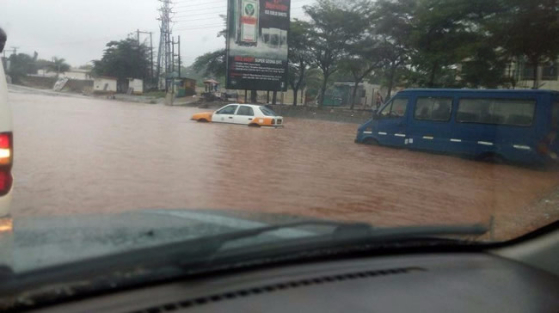 Reports from the Ashanti Region indicate that a 6-year-old primary school pupil has drowned in Moshie Zongo, a suburb of Kumasi following a 30-minute downpour on Monday afternoon.

The incident, which has been confirmed by the Ashanti Regional Director of the National Disaster Management Organization (NADMO), Kwabena Nsenkyire, adds up to about 10 of such deaths this month.

According to the Director, the incident occurred at exactly 5:53 pm on Monday evening when asked to confirm the number of deaths recorded in the region, the Director responded that the figure was 10.

Twenty-Nine persons were reported dead and nineteen injured after a week of torrential rains in the Upper East Region earlier this month.

The 7-hour downpour destroyed some 50 homes forcing residents to take refuge in a church building.

A downpour in the Kumasi metropolis on Sunday exposed city authorities’ inability to enforce sanitation by-laws and the continuous attitude by residents of dumping garbage into drains.

Choked drains were forced to bring out piles of garbage as most areas including the busy Dr. Mensah section of the Kumasi Market got flooded.

Commuters, most of whom were returning home from funeral services, drivers and traders were left stranded as some had to seek refuge under sheds and premises of buildings around the market area.