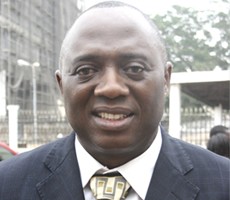 The former Member of Parliament for Bawku Central, Adamu Daramani Sakande has been confirmed dead.

According to reports, the New Patriotic Party (NPP) MP, passed on in London on Tuesday, September 22, 2020.

In a post on Facebook, a close friend of the deceased who identified himself as Abdul Razak Lukeman indicated that the MP died after battling a short illness.

Mr. Sakande contested the Bawku Central seat on the ticket of the NPP in the 2008 election and snatched it from Mahama Ayariga, the then incumbent. 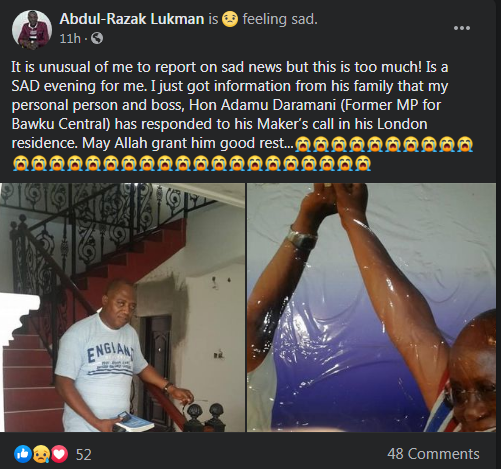