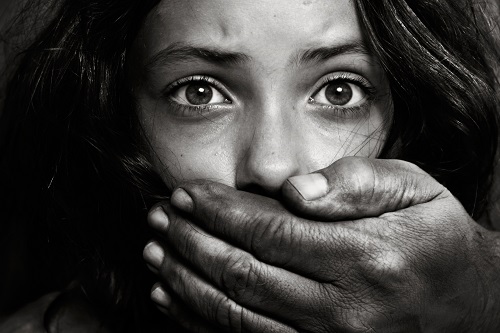 The Anti-Human Trafficking Unit of the Eastern Regional Police Command has arrested four suspected human traffickers including a female for using trafficked children for fishing.

The operation was carried out jointly by the Police, Department of Social Welfare and other stakeholders on October 24, 2019 at about 2am.

The Deputy Public Relations Officer of the Eastern Regional Police Command, Sergeant Francis Gomado said the team made up of Seven Investigators from the Eastern Regional Police command led by Detective Inspector Emmanuel Kuvlo together with two workers from Social Welfare Department among other stakeholders, acting upon intelligence embarked on the rescue operation and arrest at Ekye Amanfrom, a fishing community located along the Volta Lake in the Afram Plains District.

He said the team raided various rooms of the four suspected traffickers, arrested them, and rescued their victims from their rooms.

Sergeant Francis Gomado said during interrogation, the suspects admitted exploiting the victims for fishing on the Afram River.

The suspects have been detained to assist with the investigation while the victims are being prepared by the department of social Welfare to be allocated Shelter.