Fr. Campbell worried about rate at which Ghanaian youth are participating in sports betting 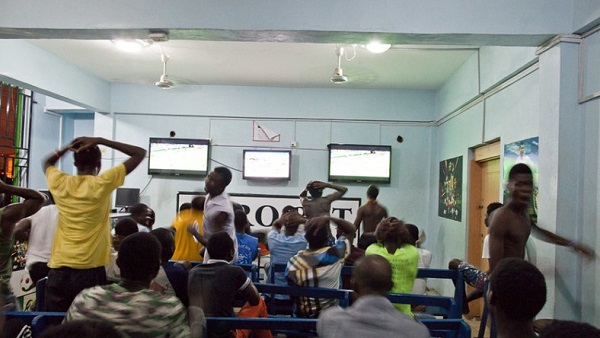 Father Andrew Campbell, the Parish Priest of the Christ The King Catholic Church in Accra, has expressed worry about the rate at which young people are participating in betting, particularly sports betting.

According to Father Campbell, betting is a bad lifestyle and, therefore, its patrons should rather channel their money into necessities such as food and accommodation.

Father Campbell was speaking on the ‘Inspire Series’ of the Class Drive (CD) on Class91.3FM.

The Catholic priest, who was once a guest on the ‘Who Wants To Be Rich’ show and won GHS 25,000 which he donated to the Lepers Association, told show host Prince Benjamin that: “Young kids, they’ve been ruined by [these] things. These street kids, some of these monies they get on the streets, they go into betting and casinos and the rest; it’s bad. When I was doing it, it wasn’t betting, it was just raising money for the lepers and I raised GHS25,000 a few years ago”.

Father Campbell, who is from Dublin, Ireland, was born on 27 March 1946. He arrived in Ghana on 13 October 1971. He has acquired Ghanaian citizenship and also formed the Lepers Aid Committee to raise funds for cured lepers.