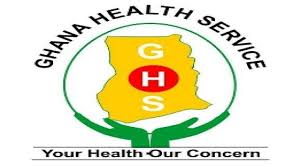 Health Authorities in the Central Region have heightened surveillance in the region over the outbreak of meningitis.

Death of two students of the Nyakrom Senior High School in the Assin South District has been confirmed following the outbreak of meningitis in the region.

The Central Region has recorded cases of meningitis in some communities in the past.

Central Regional Deputy Director for Public Health of the Ghana Health Service Dr. Kwamina Sarpong indicated that authorities have heightened surveillance in schools in the region, particularly in the Assin communities, to prevent the further spread of the outbreak.

"On the 29th of January we had a report that three students from the school had reported to the Cape Coast Teaching Hospital for care, then that same day we were told one of them died, we met with the school authorities and spoke to them about what we have found that one of their students was dead and we took the opportunity to talk about meningitis, we screened them to see if we could get additional students complaining of the symptoms so that we can quickly treat them but we did not find any.."

Due to the situation, he said they have heightened surveillance in all schools in the region to prevent the further spread of the outbreak.

"A week or two after, we heard that another student who got exeat to go home and register for the Ghana card, apparently was well, then after a few days we got to know that student had reported to one of our hospitals in Assin Fosu, Francis Xavier Hospital and had died, we have hadÂ heightened surveillance in all the schools.."Â