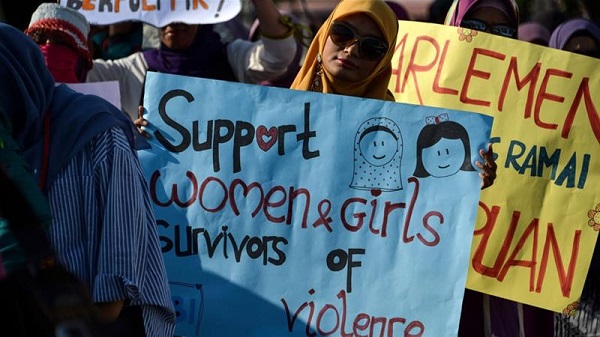 Ghana today March 8, has joined the rest of the world to celebrate International Women's Day.

Originally celebrated as International Working Womenâ€™s Day, it metamorphosed to commemorate women throughout history and across nations and to create a platform to unravel and discuss the challenges that women are faced with each day of their lives especially in a patriarchal society where men dominate economic, political, religious and social affairs.

Indeed women's emancipation predated Ghanaâ€™s independence with the earliest womenâ€™s day marked in New York by the Socialist party of America, in 1909. A year later, an international womenâ€™s conference was organized which agreed to propositions to institute an international womenâ€™s day as a grand design to promote equal rights including suffrage for women. Subsequently, in 1911, the first International Womenâ€™s Day (IWD) was marked by over a million people in Austria, Denmark, Germany and Switzerland; characterized by demonstrations, strikes, parades and marches to demand a myriad of rights including the right to vote, the right to hold public office, and an end to economic discrimination amongst others.

READ ALSO: 80% of Liberian women 'too unfit to join army'

In Ghana, the IWD has equally been commemorated year after year to demand for a myriad of rights and freedoms but one will ask, at 63 years of independence, can the Ghanaian woman be proud of her achievements? Indeed, there has been great transformation in the life of the pre-colonial and colonial woman. The post-independent Ghanaian woman has undergone a semblance of transformation from her hitherto traditional role. Women today are considered to be part of economic activities, participants in development, role players in governance process, education, social mobilization and are now involved in decision making.

Government after government appears to have defaulted on campaign and political promises to advance the course of Ghanaian women. The involvement of women in politics and leadership roles still leaves much to be desired. Women representation at the 6th Ghanaian parliament was 10.5%, meaning only 29 out of the 133 women who contested in the 2012 parliamentary elections were elected. This figure rose marginally to 13% in the 2016 election where 37 women were voted into the legislature. Albeit this is the highest so far recorded by Ghanaian women in legislature, it is worthy of note that it falls far short of the 30% threshold by the UN following agreements and satisfactory targets reached at the fourth UN World Conference of Women in Beijing 1995.

Series of gender dialogues and platforms have tackled bits and pieces of women advancement and discussed affirmative action as a major strategy to achieving gender equality and thereby a desirable involvement of women in governance process and decision making. However, the journey seems nothing more than a utopian ideal.

As Ghana chalks a whopping 63 years and joins the rest of the world to commemorate international womenâ€™s day, it is important to reflect on the struggles of our gallant women who some 63 years ago worked assiduously to increase the worth of women. The boldness with which they started the fight is the same boldness and momentum required in tackling the challenges that confront women in all spheres of life. The strides achieved are noteworthy.