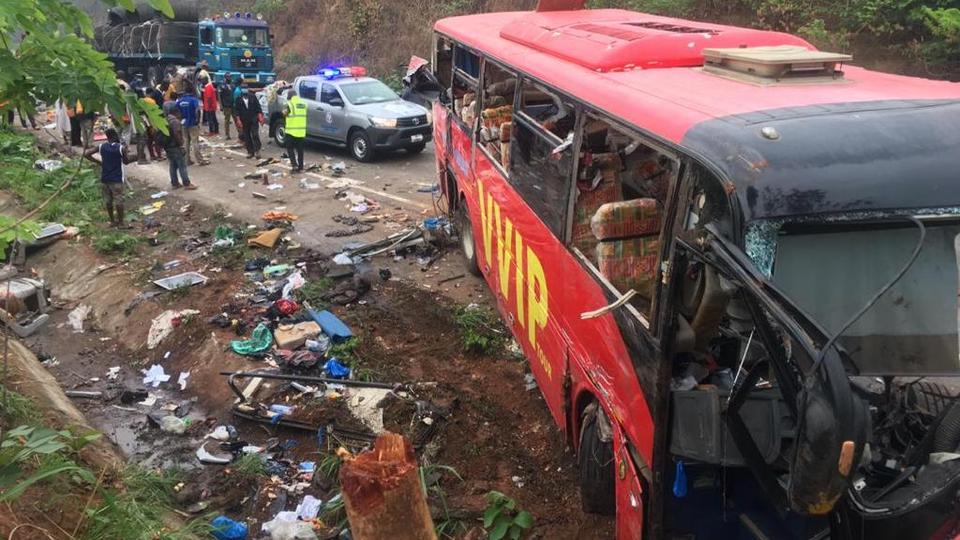 Ghana, as at the end of August 2020, had recorded 9,205 road crashes, involving 15,459 vehicles, resulting in 1,585 deaths, Mrs May Obiri-Yeboah, the Director-General, National Road Safety Authority, NRSA, said on Saturday.

However, there was a 17.61 per cent reduction in pedestrian knockdowns.

Mrs Obiri-Yeboah, who gave the statistics at a news conference organised in partnership with the Ghana Journalists Association (GJA) in Accra on Friday, on the “Current Road Safety Situation in the Country”, said data garnered by the Authority suggested an increase in road traffic deaths and injuries during election years except 2008 and 2016.

The Officers were to ensure internal controls and implementation of best practice road safety protocols for the greater good of the road safety campaign, their supporters, and road users.

Mrs Obiri-Yeboah said before the outbreak of COVID-19 in Ghana, the Authority piloted road safety training and education for about 13,000 high-risk commercial drivers nationwide.

She said the Authority was working to formalise the training and implement Regulation 125 of the Road Traffic Regulation, 2012 (L.I.2180) that provides for mandatory refresher training, for all commercial vehicle drivers before renewal of their driving licenses.

The Authority would also be deploying some Road Safety Inspectors at major road transport terminals to conduct pre-departure checks of vehicles and drivers before journeys to help minimise the risk crashes before departure.

The Director-General advised drivers to justify the license they possessed by driving carefully and professionally, observing posted speed limits, reducing speed in town to allow for pedestrians usage of roads to reduce knockdowns, and abstain from drugs and drinking.

She also appealed to pedestrians to look out for safe crossing facilities like crossing points or footbridges, avoid walking on the roadway, and instead walk on walkways if provided and be visible at night by wearing bright clothes to reduce the risk of being knocked down.

Motor riders should put on helmets, avoid needless maneuvering, look out for pedestrians, and not violate the red lights at traffic intersections, she advised.

Mr Affail Monney, the President of the GJA, urged journalists to join the fight to reduce the unfortunate upsurge in road crashes within the past few weeks.

He said the media fraternity had a duty call to contribute enormously towards the protection of lives by promoting intensified education on their platforms and called on all members of the Association to cooperate to fight the canker.

He said the problem identified with the canker of road crashes was indiscipline among road users and laxity or irresponsibility among policymakers and implementers.

The solution to the problem at hand, Mr Wuaku said was a national action including education and advocacy and enforcement against road users and policymakers to lead to a positive change in behaviour.