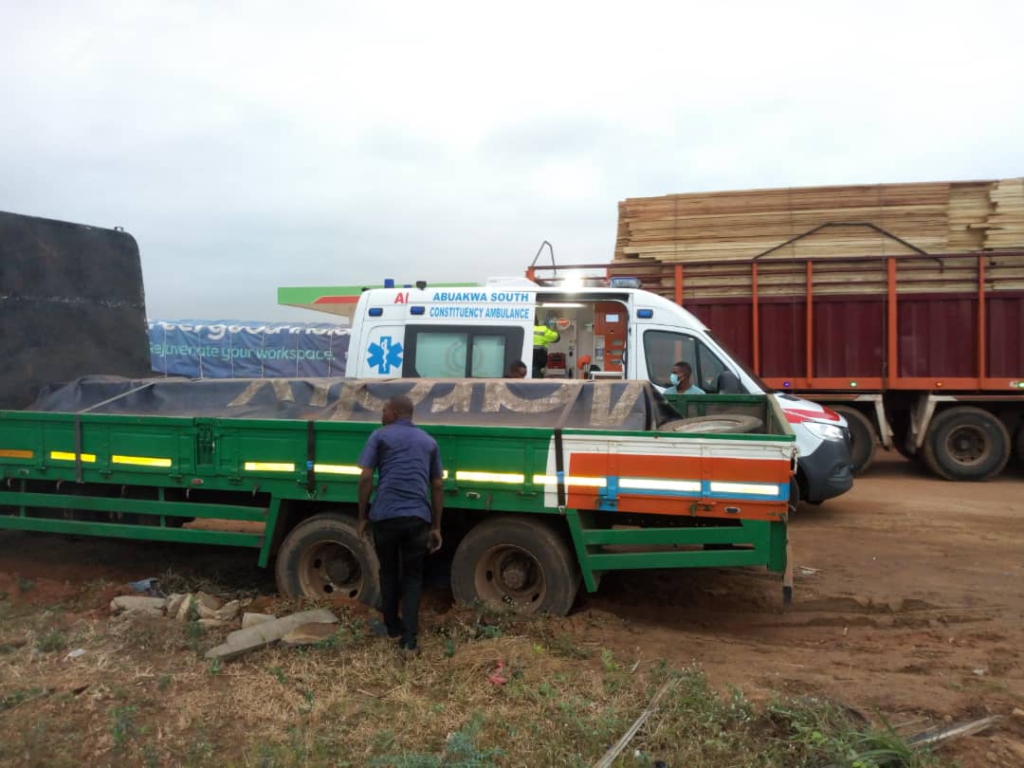 The driver who is suspected to have caused the Kyekyewere accident has been arrested.

The man who is a driver of a cargo truck involved in the accident has been picked up.

His mate, however, has suffered some injuries to his eyes and has been taken to the hospital for treatment.

READ ALSO: Accident: 11 feared dead, over 50 others injured at Kyekyewere

Some 11 passengers are feared dead after a cargo truck crashed into two buses at the Kyekyewere Community stretch of the Accra to Kumasi Highways in the Eastern Region.

Over 50 other passengers are said to be injured in the accident which occurred around 5:30 am, Tuesday.

According to eyewitnesses, a DAF Cargo Truck believed to be heading towards neighbouring Burkina Faso, burst a tyre causing the driver to lose control of the steering wheel.

The vehicle subsequently veered off its lane and crashed into the two buses fully loaded with passengers from Kumasi to Accra.

Personnel from the Ghana Police Service and the National Disaster Management Organisation (NADMO) were called to the scene to help control the situation.

Sources say some of the victims involved in the accident have been sent to the Nsawam and Suhum Government Hospitals.