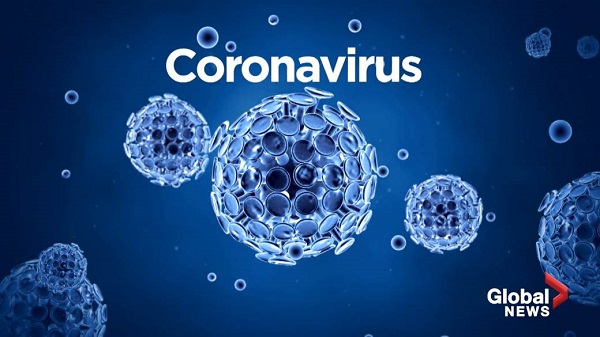 Ghana has recorded another coronavirus case bringing the total to seven.

The 7th case according to the Ghana Health Service is a Ghanaian who returned from France 14 days ago.

France is one of the countries with high coronavirus cases and the country is currently locked down for the next 13 days.

The patient is currently in isolation and undergoing all the necessary treatment.

Confirming the news, the Ghana Health Service website stated that the new case is another imported one, stating that the patient is a Ghanaian citizen who recently returned from France.

"This afternoon (17 March 2020); we have received report from NMIMR that indicated one (1) more confirmed case as positive for COVID-19 in Greater Accra Region. The case-patient is a 35-year-old male, a Ghanaian citizen, who returned to Acca from France within the past 14 days. This is another imported case, which brings the total number of confirmed cases to seven (7). The case is being managed in isolation and he is in stable condition".

The Minister for Information, Kojo Oppong Nkrumah is expected to brief the nation on the latest development.

It is also said that the seven patients have contact with some three hundred and fifty people who must all be traced.

So far there are no deaths in all the seven confirmed cases, according to the Ghana Health Service.

"With regard to contact tracing, a total of 350 contacts have been identified and are being followed up. Two of the contacts who developed symptoms, had their samples tested but they came out to be negative. Currently, there is no death and all the seven (7) confirmed COVID-19 cases are being managed in isolation and are in stable condition".

On Sunday, March 15, 2020, President Akufo-Addo directed the management of schools in the country to shut down effective Monday, March 16, 2020, until further notice.

He said, "All universities, Senior High Schools and basic schools ie public and private schools, will be closed Monday, March 16, 2020, till further notice. The Ministry of Education, in collaboration with the Ministry of Communication, has been tasked to roll out distance learning programmes."

The President added that "BECE and WASSCE candidates will be allowed to attend school to prepare for their examinations but with prescribed social distancing protocols."

President Akufo-Addo as part of his address put a ban on all public gatherings including conference, workshops, funerals, festivals, political rallies and church activities and related events as part of measures to stop the spread of coronavirus in the country.

He said the ban will be in force for the next four weeks.

â€œI have decided in the interest of public safety and the protection of our population to review the public gathering advisories earlier announced as follows. Firstly, all public gatherings including conferences, workshops, funerals, festivals, political rallies, sporting events and religious activities, such as services in churches and mosques, have been suspended for the next four (4) weeks. Private burials are permitted, but with limited numbers, not exceeding twenty-five (25) in attendance,â€ the President said.