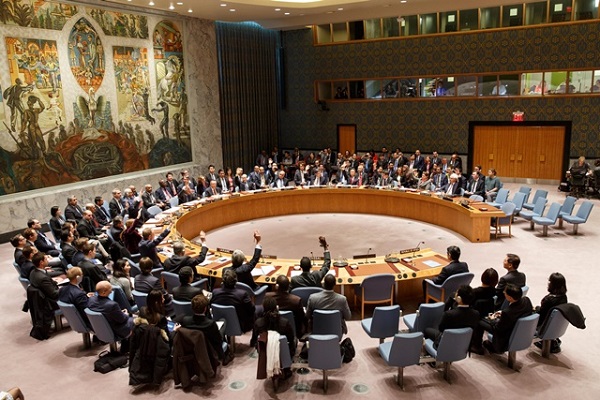 Ghana will today, Tuesday, November 1, assume the presidency of the United Nations (UN) Security Council for a month.

As president of the council, Ghana will hold a high-level debate on ‘Threats to International Peace and Security’ on November 10, 2022, to be chaired by President Nana Addo Dankwa Akufo-Addo.

The debate will be on the theme: “Counter-terrorism in Africa – An imperative for peace, security and development”.

A statement from the Ministry of Foreign Affairs and Regional Integration said within the month, Ghana would seek to build consensus in the council and across the UN on the need to ensure that peace operations took into consideration the changing security landscape.

That, among other things, meant addressing underlying causes and drivers of conflict, linked to the growing youth bulge and poverty, it said.

Giving further details, the statement said the high-level (Heads of State) debate sought to focus attention on ongoing counter-terrorism measures in Africa and how best the Security Council would support that effort, including through adequate, predictable and sustainable financing.

“The debate will also look at how the Security Council could work with regional arrangements to address the terrorism menace,” it added.

It said the UN secretary general, Antonio Guterres, would deliver a statement, while there would be briefings by the African Union Commission Chairperson, Moussa Faki Mahamat; the EU Representative (President of the European Council), Charles Michel, and the President of the International Crisis Group, Comfort Ero.

Other activities to be undertaken by Ghana within the month are a press briefing by the Ambassador and Permanent Representative of Ghana to the United Nations, Harold Adlai Agyeman; a briefing of the wider UN membership on the programme of work and Ghana’s priorities during the month by Agyeman, and an open ministerial debate to be chaired by the Minister of Foreign Affairs and Regional Integration, Shirley Ayorkor Botchwey, on the topic: “Integrating Effective Resilience Building in Peace Operations for Sustainable Peace”.

“The objective of the ministerial debate is to start a conversation on reconfiguring UN peace operations to ensure a situationally determined balance between kinetic and non-kinetic actions aimed at restoring peace and addressing the underlying causes of conflict,” the statement said.

Ghana is assuming the presidency of the Security Council at the time terrorism and violent extremism are becoming a major threat to West Africa.

“Increasingly, extremist groups have developed the capacity to finance their operations through illicit international networks and transnational crimes such as human trafficking, piracy and mercenary activities.

“More worrying, in West Africa, the attacks in the coastal areas have been described as ‘a tip of the insurgency iceberg’, given the potential and the ambition of terrorist organisations to expand their reach beyond the Sahel until they can control territories in other parts of West Africa,” the statement said.

It made reference to evidence, including reports of the UN Secretary-General, which indicated that unaddressed structural factors could contribute to the resurgence of conflicts during or after peace support missions.

“The emerging trends and dynamics linked to traditional and non-traditional security threats confront the Security Council with new challenges.

“These require the council to devise new approaches to ensure a balanced response to both military operations and the underlying causes of conflict to ensure sustainable peace,” it said.

Furthermore, the statement indicated that strengthening peace operations in contemporary times was a critical issue for sustainable peace among nations and also building the credibility and effectiveness of the Security Council.

On 11 June 2021, the General Assembly of the UN, at its meeting in New York, elected Ghana to serve a two-year term on the Security Council from January 2022 to December 2023, with Ghana’s agenda focusing on enhancing global peace and security for sustainable and inclusive development, particularly in Africa.

Ghana secured 185 votes out of the 190 votes cast, the highest number of votes, compared to the votes obtained by the four other Member States – Brazil, the United Arab Emirates (UAE), Albania and Gabon – that were also elected, further underlying Ghana’s high standing in the UN.

In August 2006, President Akufo-Addo, then the Minister of Foreign Affairs and Regional Integration, chaired the meeting of the Security Council which took the decision that halted Israel’s massive incursions into Lebanon.