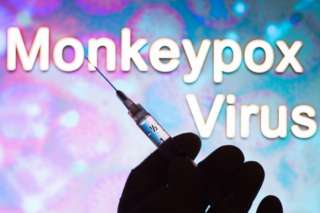 No death has been recorded among the cases, neither is anyone in a critical condition.

The Director-General of the GHS, Dr Patrick Kuma Aboagye, who made this known Wednesday, said the cases were recorded in three regions; namely, Eastern, Western and Greater Accra.

He said a total of 12 suspected cases have been investigated since May 24, 2022.

He added that one of the case was recorded in a Ghanaian who travelled to the United States of America.

According to Dr Kuma Aboagye, there is currently no treatment for Monkey Pox.

He added that although there is a vaccine available for the Monkey Pox disease, it was currently not available in Ghana.

"But I don't think we have reached a stage where we will call for vaccination in Ghana," he said.

He further noted that the cases being recorded were mild to moderate.

What is Monkey Pox?

Monkey Pox is a zoonotic disease caused by the Monkey Pox virus.

It is endemic in Nigeria and Cameroon and is transmitted from an infected animal (squirrels, rats, dormice, monkeys etc)or from infected humans.

It can also be spread through touching bedding, towels, clothing or objects used by an infected person.

Signs and Symptoms include fever, swollen lymph nodes, headaches and muscle and back aches.