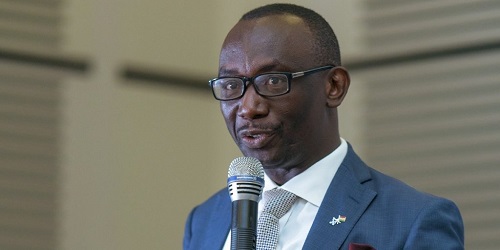 The Ghana National Petroleum Corporation (GNPC) has provided reasons for approving some amount of money for some projects and institutions in the country.

GNPC in a memo approved an amount of 1, 500, 000.00 million Ghana cedis for the 20th anniversary of the Okyenhene, Osagyefo Amoatia Ofori-Panin.

The money is part of several requests by the Brand, Communication and CSR committee approved by the board on October 25.

The GHC 1, 500,000.00 donation to the Okyenhene is to be used for environment and greening and will be paid over a period of three years.

The Okyenhene launched the 20th Anniversary of his ascension to the Ofori-Panin Stool at a ceremony at the forecourt of the Palace at Kyebi in the Eastern Region. 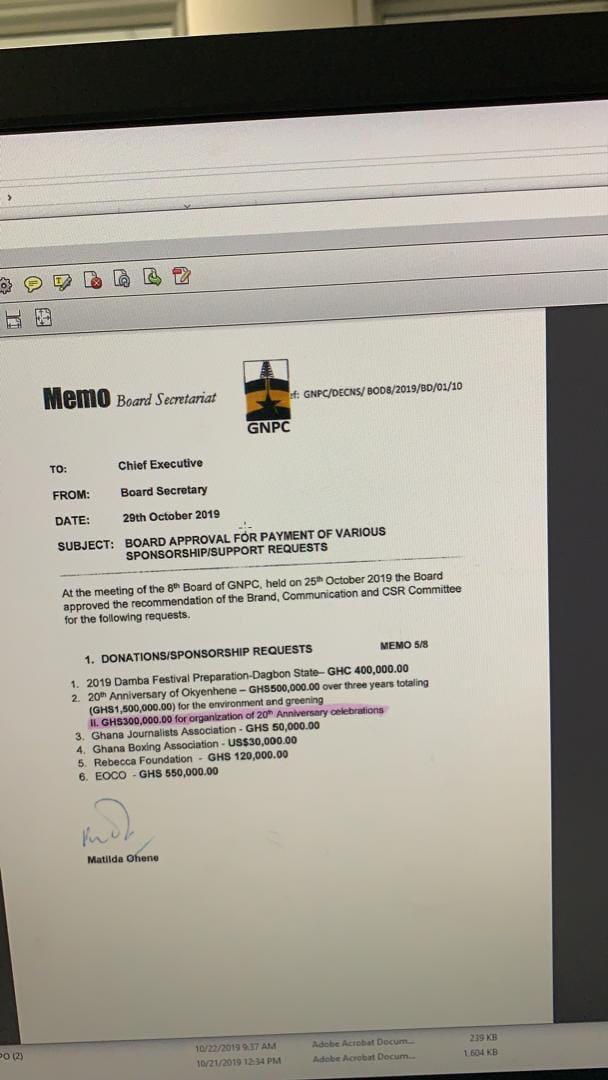 The firm also gave GHC120,000 to the Rebecca foundation – owned by the first lady – for their activities.

On October 4, 1999, the Okyenhene was enstooled as the 35th Chief of Akyem Abuakwa to succeed his late brother.

The Economic and Organised Crimes Office (EOCO) also got a donation of 550, 000.00 Ghana cedis.

But responding to the memo that has been widely circulated on the internet in an interview with Citi FM, Dr. Kwame Baah-Nuakoh General Manager in charge of Sustainability at GNPC said most of the approved sponsorship falls in line with the plans of GNPC.

Explaining further he said,  "It a memo directing the Chief Executive that these are decisions taken by the board for implementation, so they receive a request from the Dagbon palace for renovation work for the Damba festival as you are aware GNPC is working in that area as part of our trade onshore Voltarian basin and the board in their wisdom felt that it's in line with..............and also support arts and culture which is within the subject of the organisation. In terms of the 20th anniversary of the Okyenhene, we also received a request and this request was also to plant trees over a three year period, and the board felt that this was in line with GNPC's environmental sustainability agenda and they are supporting that which will be base on an MOU signed between GNPC and Okyenhene palace to ensure that they plant the 5million seeds over a three year period, and as part of our support for art and culture there was a request to support a three-month-long celebration from the Okyenhene's palace and this is in line with other supports we've rendered to other regions since GNPC was established so it's not out of the ordinary. Then the GJA's 70th anniversary and awards, this is an advertising sponsorship for stated benefits.........there was also one from the Rebecca Foundation on behalf of two women group in the Western Region with about 100 members so basically we are setting up two oil processing plant for these women group as part of poverty alleviation and economic empowerment in the Western Region which also falls in line with GNPC's overall support for the Western Region especially women groups....."