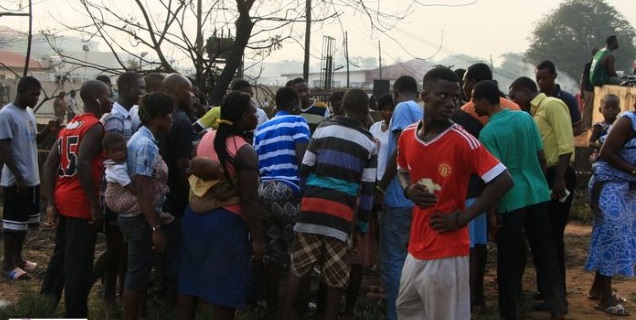 The Minister for Health, Alex Segbefia has presented a cheque worth GHC200,000 to some major hospitals which catered for the victims of the La gas explosion.

The cheque is in fulfilment of government's promise to foot the hospital bills of victims of the gas explosion.

11 people have died and several others injured with from last Thursday's explosion with some still responding to treatment.

Speaking after the presentation on Thursday, Public Relations Officer (PRO) for the ministry, Tony Goodman said, "as promised, the president asked the ministry to foot the bills of the patients at the various hospitals [and] today the Minister handed over cheques worth GHC200,000 to four hospitals taking care of the victims".

On compensation for the families of the dead, Mr Goodman they only "deal with the living".

The fire service is yet to conclude its investigations but initial checks by the National Petroleum Authority (NPA) suggest the explosion might have been caused by the non-presence of some bolts on the gas tanker.