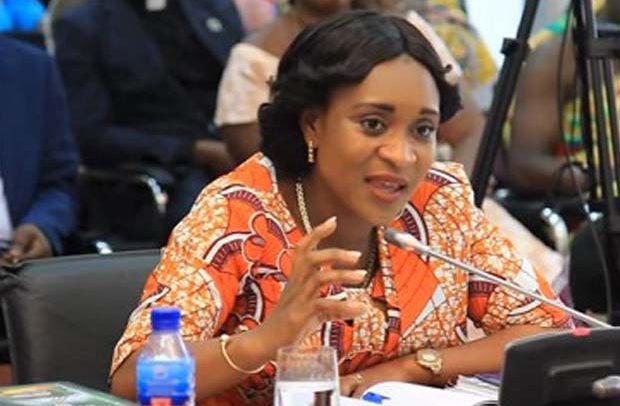 The Finance Ministry says they are in the process of paying MPs share of the District Assemblies Common Fund.

Deputy Minister for Finance Abena Osei Asare in an interview with Citi FM after the Minority gave government 48 hours to settle their third-quarter arrears said all arrears for the third quarter of the Common Fund have been paid and the Ministry is in the process of paying MPs their share of the fund.

The Minority yesterday threatened to boycott next week's State of the Nation Address over the nonpayment of MP's share of the District Assemblies Common Fund.

The Minority also gave government 48 hours to release the MP's share of the Common Fund for the third quarter of 2019.

MP for Bodi Constituency, Sampson Ahi speaking after a Minority Caucus meeting said the action by government is deliberate.

"We have realised that the government has taken decision to deprive Members of Parliament of working effectively in our various constituencies, we are saying this because close to two months ago the government released the Common Fund to the district assemblies as we speak we don't know when they are going to release the MP's share for the fund. We see to it to be a deliberate attempt on the part of government to deprive us, being election year the time that they will release the monies we will get resources to work and that is why they have taken that decision to deprive us of our resources to work, we are giving them up to Friday if we don't hear anything realistic we will consider boycotting the State of the Nation Address.....'

But responding to the demand of the Minority,Â Abena Osei Asare said they are in the process of paying the MPs their share of the Common Fund.

".....and then the MPs also get their portion, as i speak to you and you can find out from the district assemblies, the third quarter funds have been paid to them and we are working to also get MPs their share of the Common Fund, as far as I know, it's the district assemblies fund and there is a component for the MPs.......so we are in the process of issuing that of the MPs too.Â