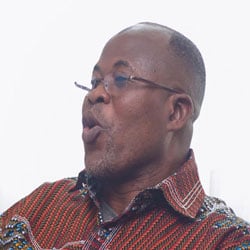 The Ministry of Foreign Affairs and Regional Integration has stated that the government is hoping to evacuate all Ghanaian students in China following the high rate of deaths as a result of the deadly Coronavirus disease.

According to the Ministry, the government will evacuate all students once and for all. He also debunked suggestions that government isÂ callus and do not care about its citizens abroad.

The Ministry insisted that government is concerned about every citizen of Ghana in any part of the world.

Speaking on Joy FM today,Â Deputy Minister for Foreign Affairs and Regional Integration, Mr Habib Tijani said: ''Talking about the evacuation of Ghanaian students, we will not evacuate few or part of the Ghanaian students and leave others. I'm quite sure that the Inter-Ministerial Committee and the Clinical Committee are also talking towards getting a lasting solution to this problem. If evacuating Ghanaian students from China is the best then am quite sure they will eventually come to that. I am emphasizing that the government of Ghana shows a lot of concern for every citizen of Ghana anywhere in the world. We are working to get all students released from China''.

The Minority in Parliament earlier today called on the government to immediately evacuate Ghanaian students currently locked up in China, and bring them back to Ghana.

They have given the government a three-day ultimatum to take action.

According to the Minority, France, Switzerland, Philippines, Russia, Libya among other countries have all evacuated their nationals from China as a result of the coronavirus outbreak.

The United States of America, they noted, is additionally doing a second round evacuation of their nationals, urging the government to swiftly move in to save the Ghanaian students before anything bad befalls on them.

Addressing journalists in Parliament today, the Ranking Member of the Foreign Affairs Committee and NDC MP for North Tongu, Samuel Okudzeto Ablakwa said Ghana has the capacity to evacuate the Ghanaian students from China, especially, those trapped in Wuhan where the coronavirus originated from.Â

The Minority also argued that the government cannot be insensitive to the plight of Ghanaians, stressing that this is a humanitarian issue and the earlier the government showed leadership, the better.

Again, Mr Ablakwa in a Facebook post last monthÂ advised government to repatriate Ghanaian nationals from the city of Wuhan in China.

Mr Ablakwa indicated that it's better to have our nationals back safely in the country since no Ghanaian has been confirmed with the disease.