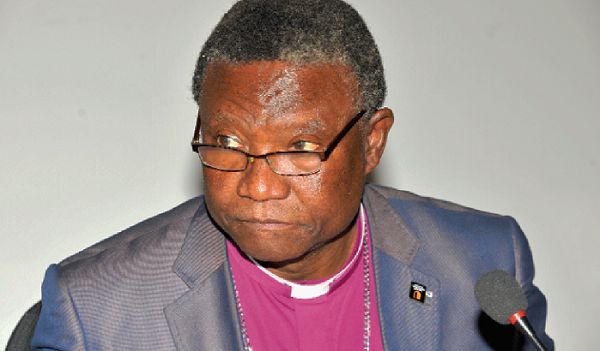 According to the Rev.Asante, it has not been confirmed that Mr. Ampofo made the comments on the tape.

In an interview with Starr Fm on March 7, 2019, Rev Asante said: “Why would Ofosu Ampofo call to apologize to me when it has not been confirmed that he said whatever is on the tape. What I am saying is that if indeed he said what he said, I forgive him. I don’t need him to call me to apologize. I have received bashing from both parties before so it is not worrying hearing some comments.”

He added that the attacks the Peace Council has received from the two main political parties(NPP and NDC) are an indication that they have been objective in their dealings.

In the leaked audio, Mr. Ofosu-Ampofo told party communicators that “we’re going to take her [EC boss] to the cleaners.”

According to the leaked video, Ofosu-Ampofo gave his blessings for the NDC communicators to verbally attack the Peace Council chairman.

In the audio, he also stated that “we’re going to take her [EC boss] to the cleaners.”

Meanwhile, the Police CID have granted the National Democratic Congress, NDC, chairman Samuel Ofosu Ampofo a GHC400,000 bail after leveling four charges against him. The four charges are a threat to harm, conspiracy to harm, rioting and assaulting public officials.