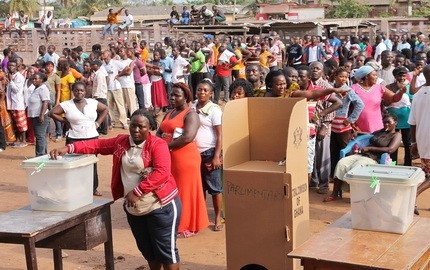 A Senior Research fellow at the Institute for Democratic Governance (IDEG), Dr. Kwasi Jonah has called on the National Commission for Civic Education, NCCE to intensify education with a focus on women in order to whip up interest in the upcoming December 17 referendum.

Dr. Jonah's call follows a 2019 Afrobarometer report which indicates that 51% of Ghanaians are not aware of the upcoming referendum.

Speaking at the launch of the 2019 Afrobarometer report in Accra, a senior research fellow, Dr. Jonah called for an increased awareness campaign in the upcoming referendum

“The Ministry of Local Government and Rural Development, The National Commission for Civic Education, the electoral commission and those of us in civil society organisation have not done a good job of awareness creation about this referendum, we haven’t done a good job at all if it is true that awareness is that low.”

A referendum is scheduled to be held on December 17, 2019, alongside district level elections.

The proposed amendments to the constitution would allow political parties to be involved in local elections and the direct election of Metropolitan, Municipal and District Chief Executives (MMDCEs).

According to the 2019 Afrobarometer report, though the majority of those interviewed in the survey say they will vote, as much as 51% say they are not aware of the upcoming referendum.

The report also revealed that more males are aware of the referendum than females with more members of the Peoples’ National Convention (PNC) likely to vote followed by the NDC.

Also, people in rural areas are more aware of the referendum.