Majority of Ghanaians not aware of Dec. 17 referendum - CDD 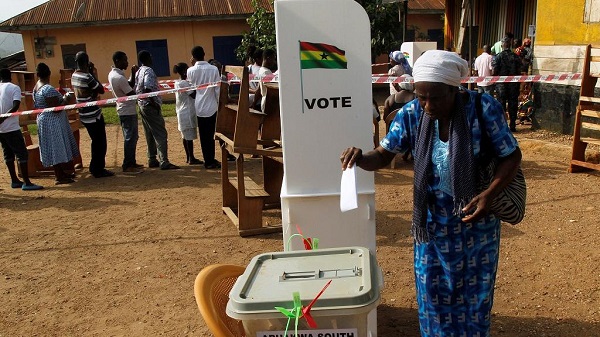 The Ghana Center for Democratic Development (CDD-Ghana) has revealed that only 43% of the Ghanaian electorates are aware of the December 17, 2019 referendum.

These findings were made known in the latest Afrobarometer Round 8 report released by CDD on Tuesday, November 12, 2019.

The report from CDD showed that though the majority of those interviewed in the survey say they will vote, as much as 51% say they are not aware of the upcoming referendum.

READ ALSO: What you should know about the impending District Level Elections and Referendum

Dr. Emmanuel Akwetey, the Executive Director of the Institute of Democratic Governance (IDEG) has described the upcoming referendum on political party involvement in local level elections as phenomenal urging Ghanaians to vote ‘yes’ on December 17.

Among personalities who are hoping a ‘yes’ vote wins the day are President Akufo-Addo and former EC Boss Afari Gyan.

Dr. Akwetey believes a ‘yes’ victory will be the beginning of better engagement in development at the local level.

But legal practitioner Samson Lardi Anyenini is canvassing against a ‘yes’ vote in the December 17 referendum.

Others have also described the whole exercise as a waste of time and resources.

Within what time frame will the elections take place?