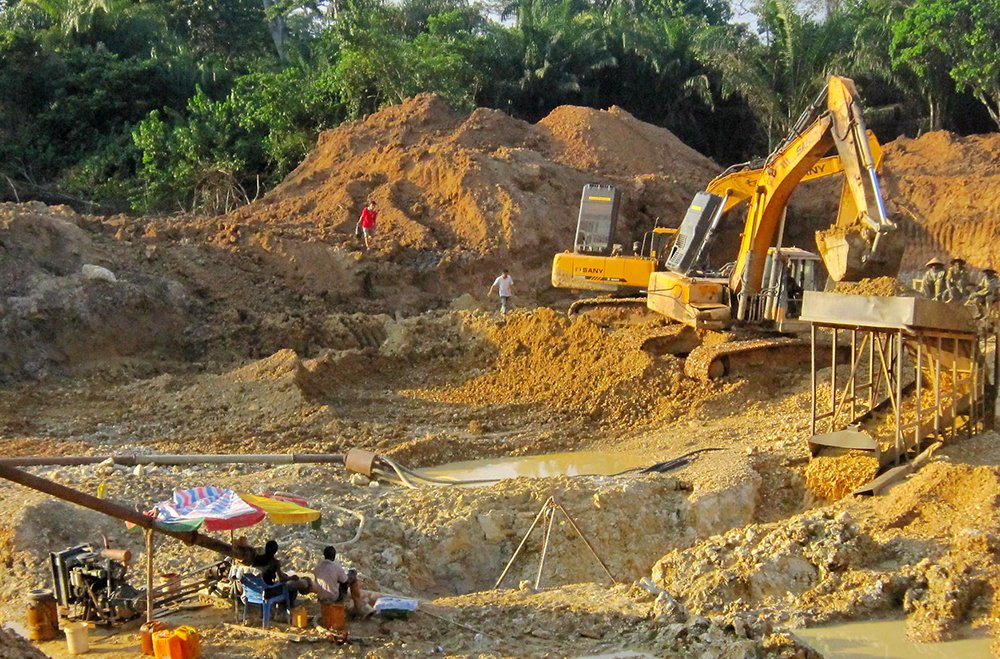 A former Minister of Lands and Natural Resources, Alhaji Inusah Fuseini has called on President Akufo-Addo to investigate the circumstances leading to the disappearance of the over a hundred excavators seized from illegal miners.

This follows the Environment Minister, Professor Frimpong-Boateng's disclosure that the equipment cannot be traced.

According to him, the excavators which were kept at the various district assemblies have disappeared.

Speaking to Starr FM today, January 30, 2020, Mr. Fuseini called on President Akufo-Addo to take a keen interest in the circumstances leading to the disappearance of the excavators and punish perpetrators if the Environment Minister fails to conduct investigations into the issue himself

''Government itself should be interested in why the Chairman of the Inter-Ministerial taskforce of illegal mining does not even know the total number of the equipment that was seized. That is an indictment on the Chairman of the Inter-Ministerial taskforce because he is supposed to be receiving reports in relation to the seizure of the equipment''.

''So, if the chairman of the Inter-Ministerial taskforce of illegal small scale mining admits that some of the equipment has been taken away without his authority then it also requires that through the Inter-Ministerial taskforce he initiates investigations into how those equipment were moved without lawful authority. Then determine, identify and punish perpetrators without even the President coming in but if they fail to do so the President will have the ultimate responsibility to pick up the challenge to institute a committee to investigate the issue and punish perpetrators ''.

However, the Media Coalition against Galamsey and Occupy Ghana are demanding the prosecution of individuals involved in the disappearance of the excavators.

In 2017, the government imposed the ban on small-scale mining as part of efforts to end illegal mining and its related activities
which adversely affected the environment, particularly water bodies and forest reserves.

The deaths of both miners and local people at galamsey sites were also a major cause for concern. The ban went hand-in-hand with the government’s Operation Vanguard, as part of which the security forces swept the country for illegal activities, making hundreds of arrests and seizing equipment.

However, the ban was in force till December 2018 when the ban was lifted after government said it has successfully developed a comprehensive policy framework to regularise small-scale mining across the country.