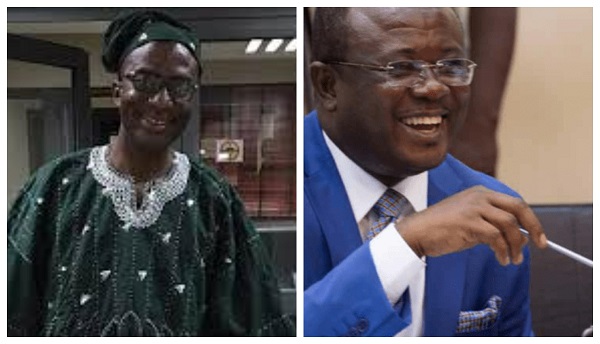 Mr Joseph Osei Owusu and Andrews Amoako Asiamah have been selected to serve as First and Second Deputy Speakers of Parliament respectively.

This was after the leadership of the New Patriotic Party (NPP) and the National Democratic Congress (NDC) put forward their names.

This comes after hours of a closed-door meeting following the election of Alban Bagbin as the Speaker of the 8th Parliament.

READ ALSO: I will use my 28 years experience to serve Ghanaians faithfully - Alban Bagbin

Following that keenly contested election that was characterized by several controversial events that lasted several hours, many feared that there may be calls for separate elections to be conducted for the first and second Deputy Speakers instead of them being hand-picked as has been done in the past.

However, a crunch meeting with the leadership of the NDC and NPP in Parliament as well as General Secretaries of the NDC and the NPP in attendance, concluded that the Bekwai MP, Joseph Osei Owusu and Fomena MP, Andrews Amoako Asiamah be selected as first and second Deputy Speakers respectively.

The NPP side proposed one of its members, Joseph Osei Owusu while the NDC side selected Andrews Amoako Asiamah who is an independent candidate.

Both sides agreed to the proposals.

Joseph Osei Owusu was the First Deputy Speaker in the 7th Parliament.