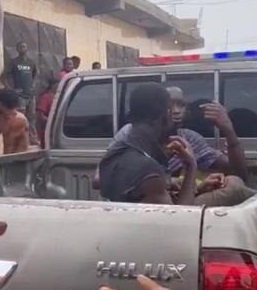 The two teenage killers of the 10-year old boy at Kasoa appeared before the court today April 6, 2021.

The two Felix Nyarko, 16, and Nicholas Kini, 18 were charged with murder and conspiracy to commit murder at the Ofankor District Court.

The entire Lamptey Millis area was thrown into a state of shock and mourning in the mid-morning of Holy Saturday when news emerged that two teenagers had killed a young boy.