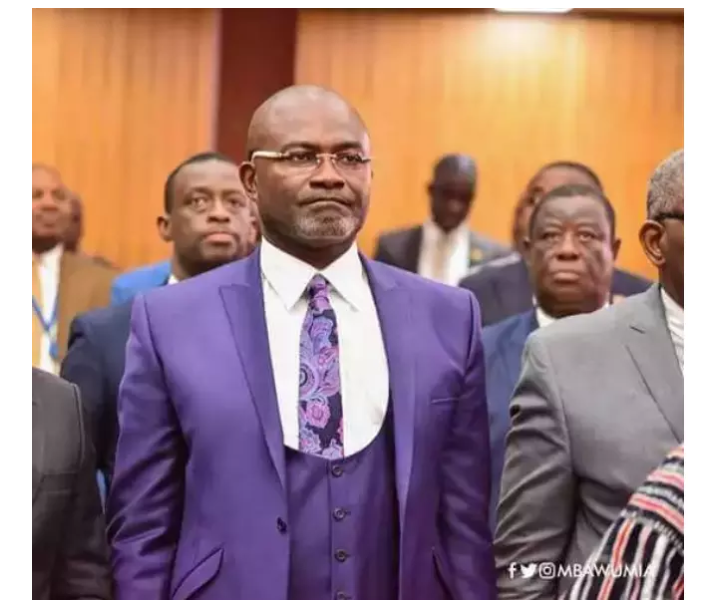 Lawyers for Kennedy Agyapong are seeking to halt a contempt case against him at the Supreme Court.

The suit filed at the Supreme Court says Kennedy Agyapong has not been “duly served with any writ of the summons and a statement of claim on any court processes [relating to the substantive land case].”

In view of this, the legislator argues that because he had not been served with the writ of summons, he could not have “engaged in any act intended to scandalise the said Land Court or the presiding judge.”

Mr. Agyapong argued further that it would have been easy for him to have been served because of his regular appearances on Net 2 TV and his availability in Parliament.

The MP admits that he got “involuntarily and uncontrollably upset” when processes for the land case at the Labour Court 2 were posted on his property at Adjringanor.

This notwithstanding, he has apologised to the labour court, the presiding judge and the Chief Justice.

Since he feels his words were not directed at the court that summoned him and in lieu of the apology, the MP insists that “the said court is not seized with the jurisdiction to order the applicant to appear and answer why he should not be severely punished for contempt of court.”

The case at the High Court is expected to be called today.

The Assin Central on Monday failed to appear in court for his contempt charge.

His failure to show up was because he was not personally served with notice of when he is to appear in court.

A document that was presented explaining the failure of the legislator to appear in court said the bailiff indicated that attempts to serve Mr Agyapong at his office at Net2 TV and Parliament proved unsuccessful.

The bailiff noted that he spoke to Mr Agyapong via phone, and was asked to send the document to Parliament.

The Parliamentary Service is said to have responded to the documents sent by the bailiff that they have been unsuccessful at serving the MP.

The court presided over by Justice Amos Wuntah Wuni then directed the bailiff to paste the documents on the court’s notice board and at the building of Net2 TV and Oman FM as a form of notification where it shall remain for 3 days.

The Accra High Court is summoning Mr Kennedy Agyapong, to appear before it to “show cause why he should not be severely punished for contempt of court.”

Mr Agyapong, allegedly made a scandalised statement in the case in, which Susan Bandoh and Christopher Akuetteh Kotei had sued him (Kennedy Agyapong), one Ibrahim Jaja, Nana Yaw Duodu aka Sledge and the Inspector General of Police in a land matter.

Mr Agyapong’s appearance before the Court comes after the High Court’s ( Land Court 12) attention was drawn to a television (NET2 TV) and Radio( Oman Fm Station) programme allegedly aired on September 2, this year.

In the said programme, the MP is said to have “scandalised and threatened” the Court.