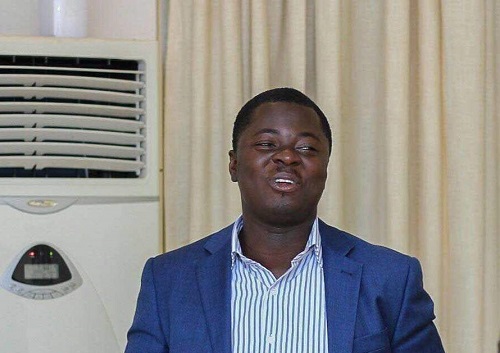 It was contained in a letter dated August 9, 2022 and signed by the Secretary to the President, Nana Bediatuo Asante.

Mr Agyepong, therefore, replaces the General Secretary of the New Patriotic Party (NPP) who resigned to contest the position and was successful in his bid.

“Further to the resignation of Justin Kodua Frimpong as the Chief Executive Officer of the Youth Employment Agency and in accordance with Section 12(1) of the Youth Employment Agency Act, 2015 (Act 887), the President has appointed you to act as Chief Executive Officer of the Agency, pending receipt of the constitutionally required advice of the Governing Board of the Agency, given in consultation with the Public Services Commission,” the appointment letter announced.

Mr. Kofi Baah Agyepong has been handed 14 days to accept or reject the appointment. 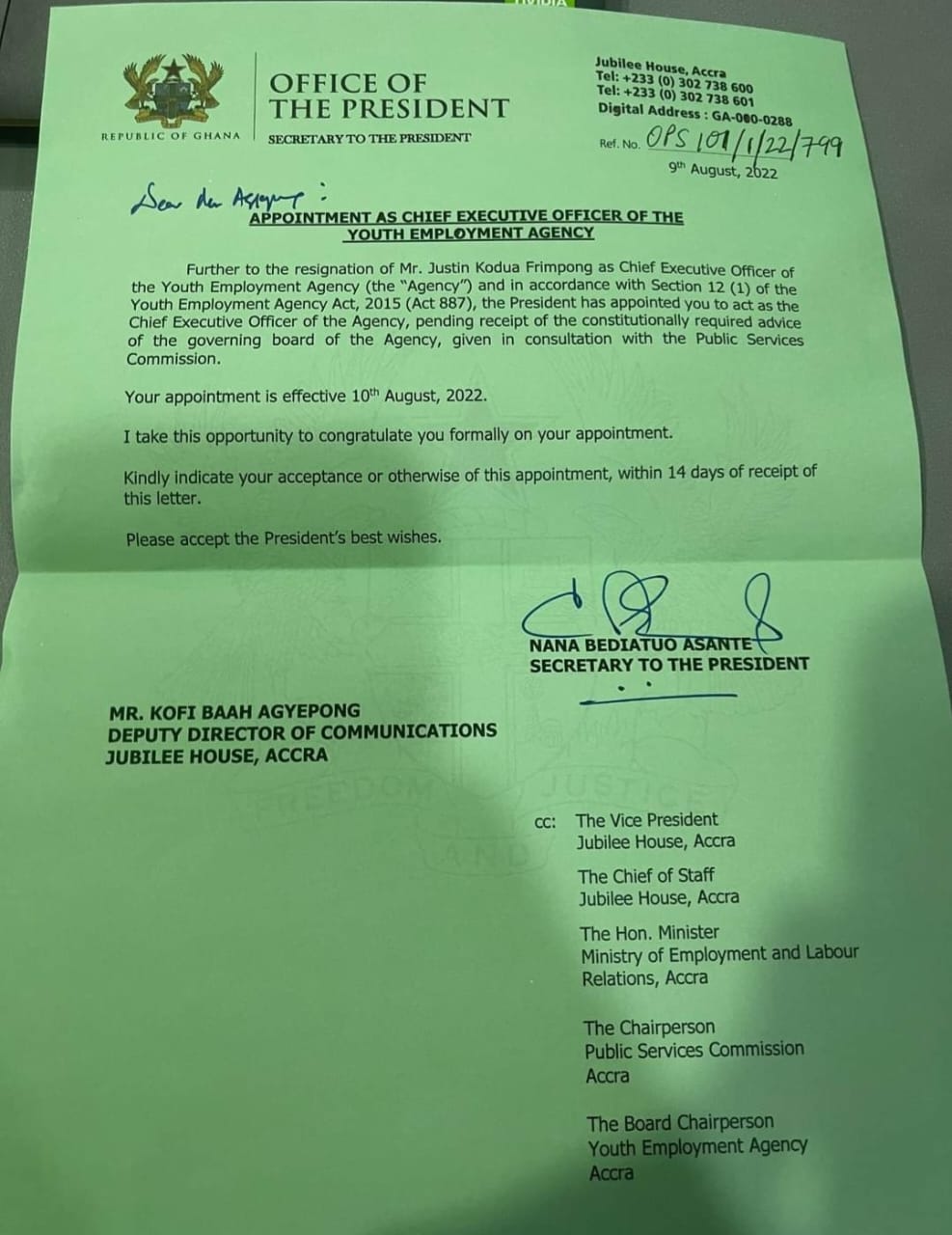