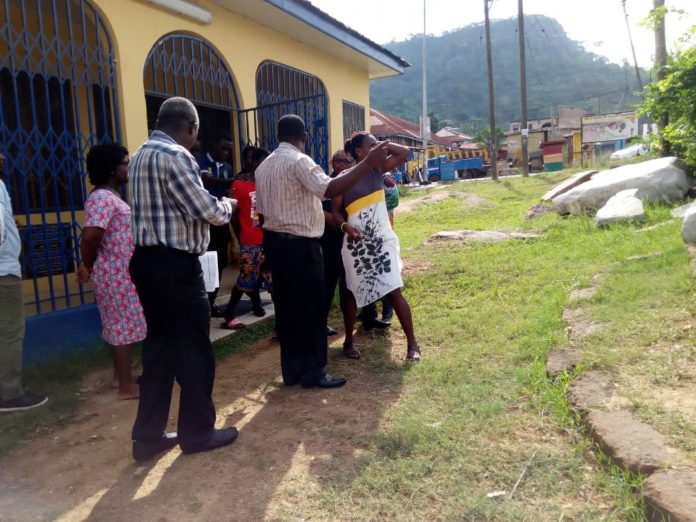 A gang of six rowdies invaded the Wesley Methodist Junior High School located at Ayah junction in Koforidua to beat up a student on April 8, 2019.

According to media reports, the gang from Koforidua Betom stormed the school to attack a JHS 2 student for fighting another student in the same school suspected to be part of the gang.

It took the intervention of the teachers to block the rowdies from invading the classroom.

Five of the suspects absconded when the scene attracted many passers-by but the teachers managed to arrest one person, locked him up until a team of Police personnel dispatched from the New Juaben South Municipal Police Command arrived to apprehend him.

Students trooped out from their classrooms to catch a glimpse of the incident whilst hooting at the suspect. The incident temporary disrupted the academic exercise.

Meanwhile, the other suspects who managed to escape have threatened to reorganize themselves and invade the school again with offensive weapons to accomplish their mission.

This is not the first time the Koforidua Wesley Methodist JHS has been invaded by a gang.

According to the teachers, another gang of ruffians had stormed the school before to beat up students over a missing phone of a female student believed to be a girlfriend to one of the gang members.